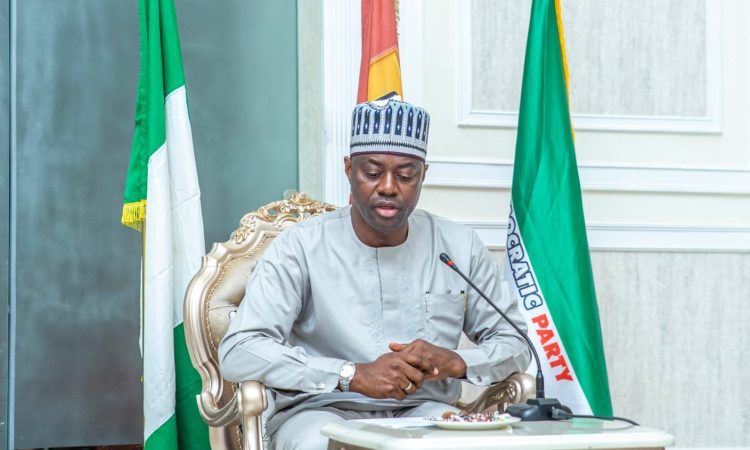 Governor Seyi Makinde of Oyo State on Sunday pleaded with the Independent National Election Commission (INEC), to do the needful, stating that the Edo people have spoken during the governorship election that took place yesterday.

Makinde said this during a press briefing by representatives of the People’s Democratic Party (PDP), at the situation room in Edo state.

According to him, in order to avoid ”fire”, INEC should endeavour to do the needful.

This was after Rivers State Governor Nyesom Wike alleged that INEC official seized some votes in his office and refused to come out. Wike also called PDP’s candidate, Obaseki, a legend for winning so far.

He also reintated his earlier statement that INEC must NOT declare an inconclusive election.