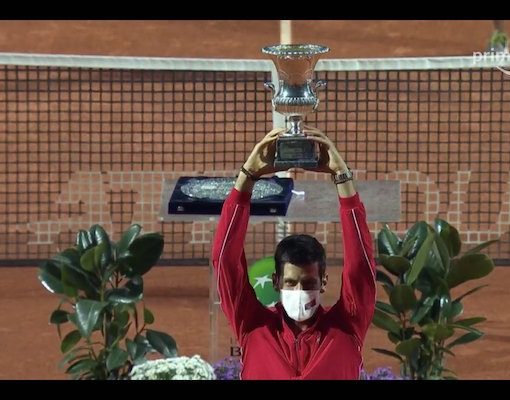 Schwartzman had beaten Rafael Nadal, world number 2 in the quarter finals and also Canadian Shapovalov in the semi-final.

But he soon found he was not a match for the World No.1 at the Italian Open final on Monday.

The second set saw a more brutal Djokovic in court as he raced to close it 6-3.

Though he triumphed, he did not believe he was playing well.

“I don’t think I played my best tennis during the week, but I found my best level when I needed to”, he said after the match.

Djokovic is now almost perfect in 2020, having won 31 matches.

The only match he lost was at the US Open early this month when he was disqualified for hitting a lineswoman.

Djokovic has also won 6 titles this year and 81 overall.

And next for him and Diego Schwartzman is the French Open, which began today.