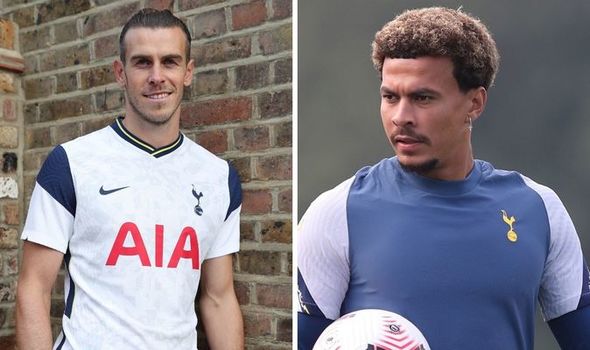 Of the Tottenham Hotspur players impacted by the loan signing of Gareth Bale from Real Madrid, Dele Alli appears the most vulnerable but manager Jose Mourinho has said he will not be sacrificed in the transfer window.

Bale will not be ready to resume his Tottenham career until October as he regains fitness, but when he does it is likely to be in an attacking trio with Harry Kane and Son Heung-min.

Alli burst into the spotlight at Tottenham in 2015-16 when he was named PFA Young Player of the Year and made his England debut, but his form has dipped to such an extent that he has lost his place in Jose Mourinho’s side.

Left out of Gareth Southgate’s last England squad too, Alli, now aged 24, is at something of a crossroads.

His preferred position, playing just behind a front two, looks tailor-made for Bale and Mourinho also has an abundance of attacking options in the form of Lucas Moura, Steven Bergwijn, Giovani Lo Celso and Erik Lamela.

Mourinho demands a high work ethic and a recent behind-the-scenes documentary about Tottenham featured one episode in which Mourinho tells Alli he is “lazy” and later, in a one-to-one chat, warns him that he could regret not reaching his potential.

Alli was substituted at halftime in Tottenham’s first Premier League game of the new season, a 1-0 loss to Everton.

He did not feature at all in last week’s Europa league win at Lokomotiv Plovdiv, nor the 5-2 win at Southampton on Sunday in which Son scored four goals.

With three weeks of the transfer window left, Alli’s name is already being linked with a move to Paris St Germain, but his stock is not what it was when he scored twice for Tottenham in their first-ever win against Real Madrid in 2017.

“I want a balanced squad, that’s what I want. He doesn’t need to be sacrificed, but the squad is a puzzle,” Mourinho said when asked about Alli’s future on Sunday.

Former Tottenham midfielder Michael Brown believes it might be in everyone’s best interests if Alli were to be sold.

“It doesn’t look like they’re getting on very well,” Brown told BBC Radio. “I’m hoping he has a reaction and takes the challenge head-on, but it doesn’t look good and maybe this one’s broken.”