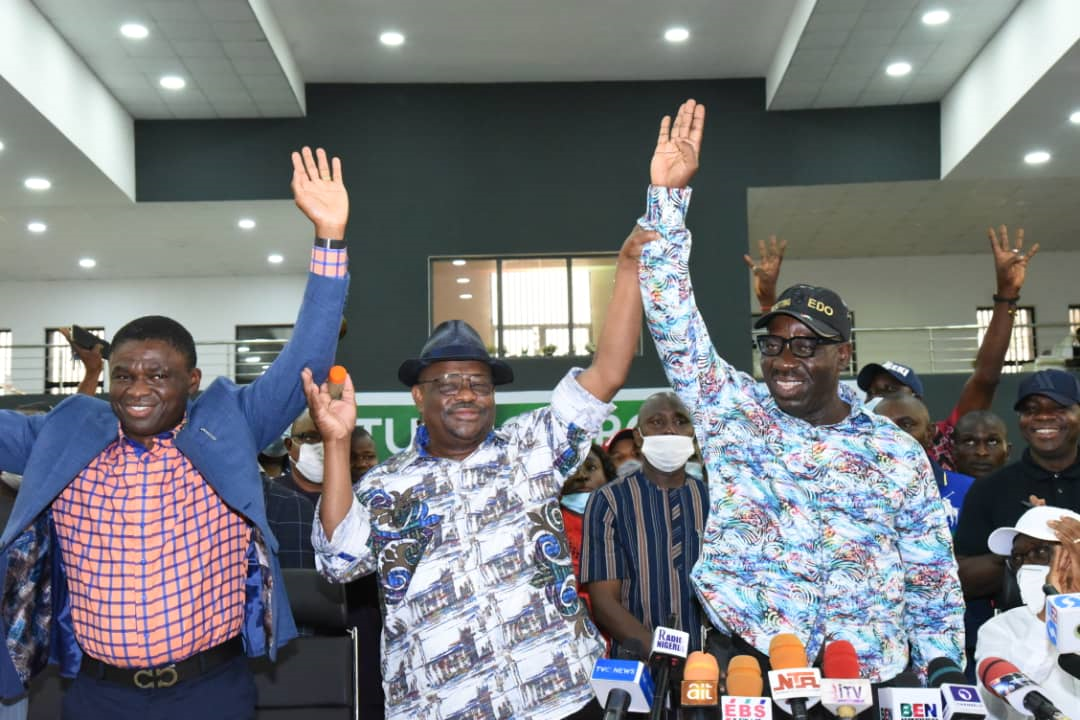 An International Law and Jurisprudence scholar, Prof. Akin Oyebode, said the victory of Godwin Obaseki in the just-concluded Edo gubernatorial polls has wiped off god-father politics in Nigeria’s political culture.

Oyebode made the statement while speaking with the News Agency of Nigeria (NAN) in Awka, on Monday, on the outcome of the Edo governorship election.

According to him, the result of the election has opened a new and better era in the polity.

The Independent National Electoral Commission (INEC) declared Obaseki of the PDP winner of the election, held on Sept. 19.

According to Oyebode, the outcome of the election is not unexpected.

“The nation’s political slate has been wiped clean.

“This should wake up the APC from its illusion and slumber and make it not to take things for granted.

“The party should become sensitive to the hopes, aspirations and interests of the suffering masses.”

Oyebode also lauded INEC, the police and other security agencies for their exemplary conduct during the election.