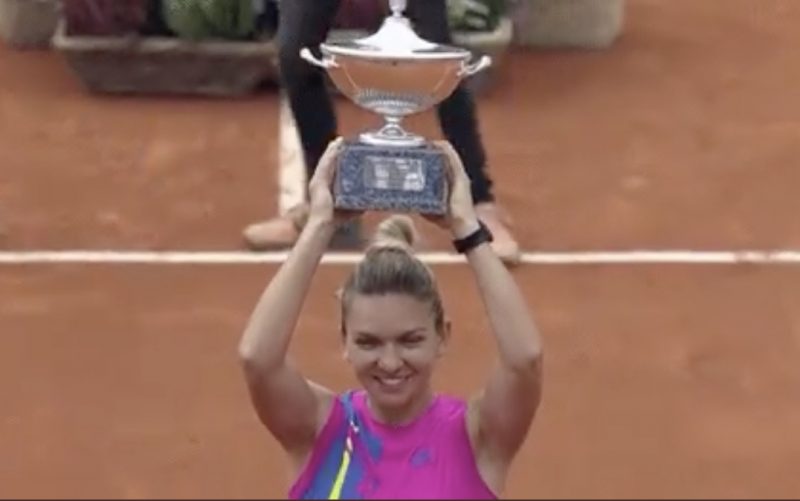 Romanian Simona Halep won her first-ever Italian Open title at the third attempt on Monday after defending champion Karolina Pliskova retired from the final through injury.

Halep was leading 6-0, 2-1 when Pliskova threw in the towel.

Romania’s top-ranked Halep raced through the first set with six straight games in 20 minutes as Pliskova struggled to move in the rallies with her right thigh heavily strapped.

With the French Open starting in six days, she decided to end the match after 31 minutes.

In the men’s final match, world number one Novak Djokovic will be aiming to win a record-breaking 36th Masters title against Argentina’s Diego Schwartzman.