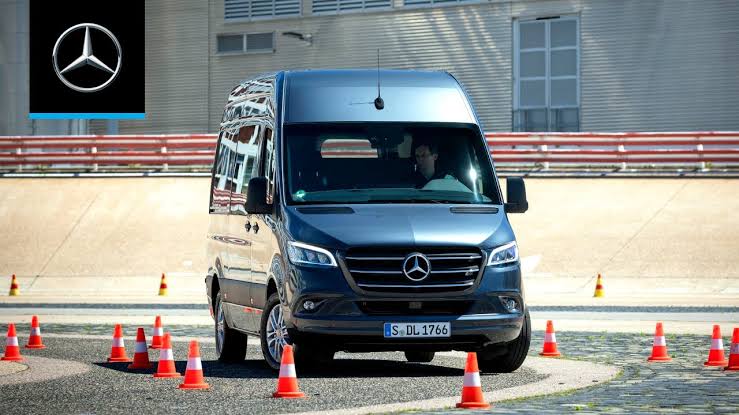 The vehicle that brought the iconic “Eurovan” look to Nigeria celebrated its 25th birthday recently. Even as the first of what would become an integral part of the commercial transportation landscape rolled off the assembly line in 1995, it already had established commercial van DNA.

The current iteration of Sprinter evolved from an MB commercial van introduced in 1955, the L 319. After two updates, one in 1967 and later in 1977, the very first Sprinter came to be. Sprinter shares a birthday with the founding of Mercedes-Benz van division as well.

The development of the Sprinter was a milestone for MB, so much so that over four million Sprinters have been sold in over 130 countries to date.

“We put all our expertise into this vehicle and all our now-how. We get in close cooperation with all our customers so that we can meet their requirements,” said Sprinter Marketing Manager Norbert Kunz about the first Sprinter’s success.

“Using this target, we have been able to establish a worldwide model for transportation based on safety, efficiency and flexibility attributes the success of the original Sprinter.”

Over its 25 years, Sprinter has garnered a number of first in class titles including four disc brakes, ABS, airbags and more. Along the way Sprinter has gained a reputation for being versatile.

Kunz explains, “The Sprinter is easily adaptable, has high load capacity and fits every business. As examples, we have customers who drive only 6,000 kilometers a year and others who drive 300,000. The same goes for aspects of entry and exit of the vehicle, some do it five times, others, 150 times a day. So while the needs are completely different, the Sprinter is adaptable for them all.”

Not content to dwell on past success, MB Vans is making the future with the recent introduction of its eSprinter, which combines 25 years of Sprinter experience with a completely new electric drivetrain.