Morata lands in Turin ahead of Juventus move 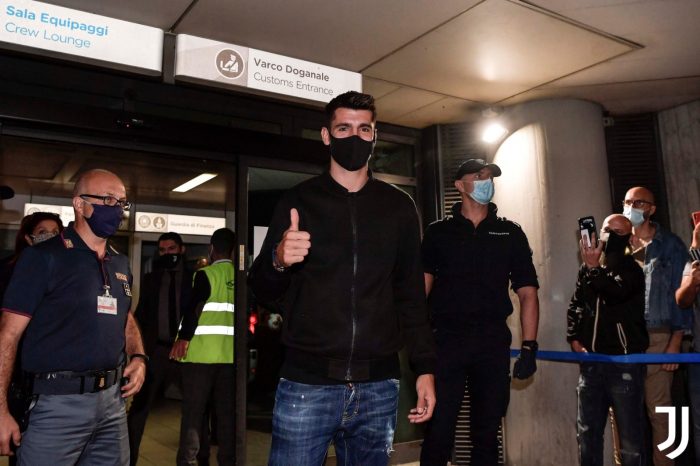 Spanish striker Alvaro Morata is all set to join Juventus, his former club once again.

He will be unveiled by the club on Wednesday.

The Italian giant announced the arrival of the 27-year-old who is going to be joining them on a season long loan.

Since Gonzalo Higuain left the Italian champions, the club has been on the lookout for a striker.

Previously, Luis Suarez was linked to join Juventus, however, a deal for the Uruguayan forward broke down.

Morata’s return to Turin would mark the beginning of his second spell with the club where he scored 27 goals in 93 games across two seasons in 2014 and 2016.

After he left Juventus, he played for Real Madrid, Chelsea and Atletico Madrid, where he scored 12 goals in 34 matches last season.

Morata’s move could pave the way for Suarez, 33, to join Atletico for free from Barcelona.

However latest report about Suarez said Barcelona are insisting Atletico should pay to get him.