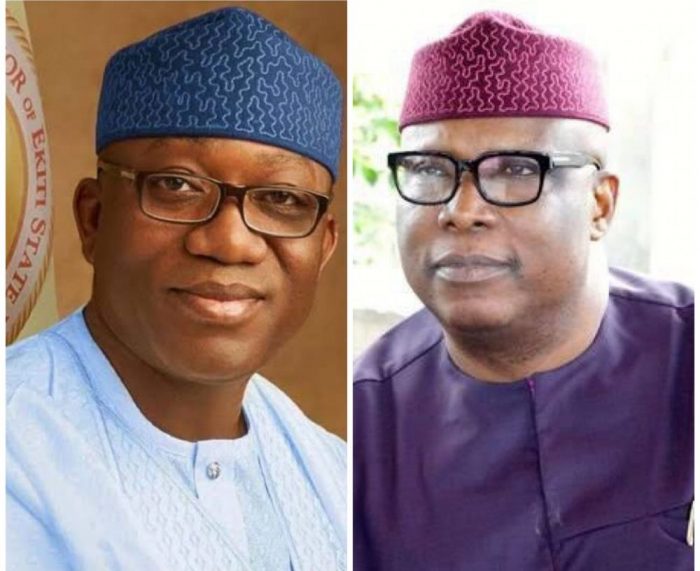 The All Progressives Congress (APC) in Ekiti state has suspended Sen. Babafemi Ojudu and 10 others indefinitely for allegedly flouting directive of the party’s national executive.

This is contained in a statement by Mr Ade Ajayi, the party’s State Publicity Secretary, made available to newsmen in Ado-Ekiti on Thursday.

Ajayi said that the suspension followed the recommendation of the Disciplinary Committee inaugurated by the party’s State Executive Council to investigate the alleged disobedience of certain party members to the National Executive Committee (NEC) on June 25.

According to APC scribe, INEC had directed members of the party not to institute any court action and to withdraw existing cases in court, but that the affected members disobeyed.

The statement further said the decision of the SEC has been communicated to the Caretaker/Extra-Ordinary Planning Convention Committee.

However, Ojudu and others, in a statement entitled: ‘Before Our Impending Expulsion from APC’, said the party would crumble in Ekiti, if they were expelled.

“We are calling our national leadership to stop Dr Kayode Fayemi from killing our party in Ekiti. Things are bad enough now for the party in the state.

” Allowing him to carry out our expulsion will only spell doom for our beloved APC,” the affected members spokesman, Mr Bamgboye Adegoroye said.

He alleged that Fayemi decided to clip their wings, because they exhibited bravery and stood up against poor governance and government of exclusion being experienced in Ekiti.

Adegoroye further said, ” We however, insist we shall under no circumstance leave the party to join another.

“We were members of the party from foundation and also members of defunct Action Congress of Nigeria (ACN), a legacy party that joined with others to form APC.”