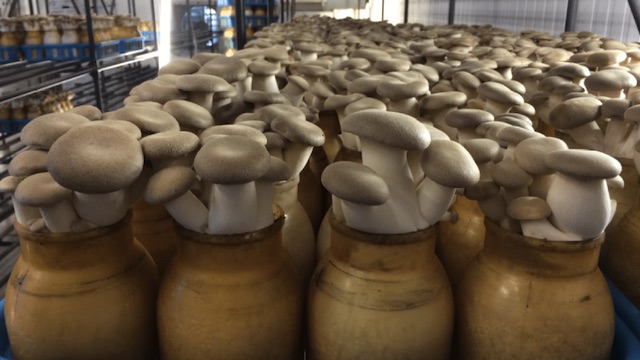 Mushroom production is the new goldmine and the Nigerian Export Promotion Council (NEPC) said the country can significantly improve on its foreign exchange earning by investing in it.

The Executive Director, NEPC, Mr Olusegun Awolowo, said this during a capacity building workshop organised for members of the National Mushroom Growers, Processors and Marketing Association of Nigeria (NAM-GP-MAN) on Thursday in Enugu.

The workshop was organised by NEPC.

Awolowo said that the country, having been blessed with the right climate and ecological conditions to support mushroom cultivation, could be a major player in global mushroom production.

He said that Nigeria could not afford to ignore mushroom production as its value had continued to significantly increase in the international market.

The executive director said that the production of mushroom in 2018 stood at 8,993,280 tons with China accounting for 46 per cent of the output.

He said that the production of mushroom in Africa within the same period stood at 28,767 tons and contributed mainly by South Africa, Madagascar, Morocco, Algeria, Zimbabwe and Tunisia.

“The global market for mushroom is also huge and growing exponentially.

“The growing market for mushroom is due to the rising global awareness for healthy food and preferences towards vegan foods,’’ he said.

Awolowo said that the foregoing had made mushroom highly preferred as a protein, vitamin and mineral-rich substitute of meat.

“Nigeria is blessed with the right climatic and ecological conditions to support mushroom cultivation.

“Therefore, it is important for the operators in the industry to leverage on the natural advantages to become a key global player in the market place.

“To succeed in this pursuit requires the adoption of good agricultural practices, which include general farm operations, packing activities, storage, transportation, traceability and others,’’ he said.

Awolowo said that mushroom had become a sought-after food consumed in different forms because of its rich nutritional and medicinal value.

The National President, NAM-GP-MAN, Chief Michael Awumo said that gone were the days when mushroom was regarded as food for the poor in rural communities.

Amuwo said that mushroom could be used to produce bread, cake, pie and others.

He added that the association was desirous of contributing to the growth of the edible.

“We want to use the mushroom to empower our women and youths.

“The mushroom revolution could end restiveness,’’ he said.

Southeast Regional Coordinator of NEPC, Mr Arnold Jackson encouraged the association to take advantage of the current diversification policy of the Federal Government to improve the mushroom value chain.

Jackson said that NEPC was open and willing to assist mushroom farmers in any way possible.

The News Agency of Nigeria (NAN) reports that mushroom is one of the fascinating fungi.

It is classified as a vegetable and widely considered to be edible and constitutes an important ingredient of various cuisines across the globe.