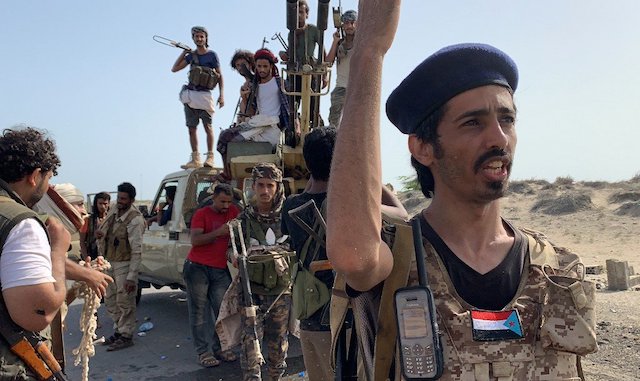 Yemen’s warring parties have agreed to exchange some 1,000 prisoners, including 19 Saudi soldiers, at United Nations-sponsored talks as part of trust-building steps.

The move is aimed at reviving a stalled peace process, sources said on Sunday.

U.N. envoy Martin Griffiths and an official from the International Committee of the Red Cross (ICRC) are due to hold a news briefing later on Sunday at the end of a week-long meeting in Switzerland of the committee overseeing a prisoner swap deal first agreed at peace talks in Dec. 2018.

Sources familiar with the talks said the Yemeni government, backed by a Saudi-led military coalition, and the Iran-aligned Houthi group they have been battling for over five years agreed a list of 1,080 prisoners in what would be the largest swap yet.

“What matters to us is implementing the prisoners (exchange) and not just signing it,” senior Houthi political official Mohammed Ali al-Houthi tweeted early on Sunday.

The Sweden deal contained a prisoner swap which aimed for the release of some 15,000 detainees split between both sides but has been slowly and only partially implemented.

In unilateral moves, the Houthis last year freed 290 prisoners and Saudi Arabia released 128, while a locally mediated swap in Taiz governorate saw dozens freed. In January 2020, the ICRC facilitated the release of six Saudis held by the Houthis.

Yemen has been mired in conflict since the movement ousted the internationally recognised government from power in the capital, Sanaa, in late 2014, prompting the Western-backed coalition to intervene in March 2015. The United Nations describes Yemen as the world’s biggest humanitarian crisis.

Griffiths is trying to restart political negotiations to end the war, which has killed tens of thousands of people and pushed millions to the brink of famine.

The conflict is widely seen in the region as a proxy war between Saudi Arabia and Iran. Riyadh launched informal talks with the Houthis late last year for a ceasefire as it seeks to exit a costly war ahead of hosting a summit of the Group of 20 nations in November.