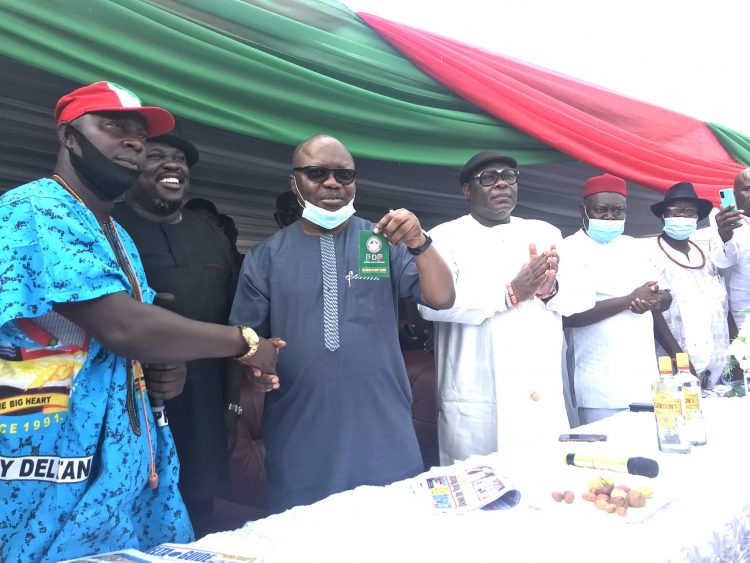 Emmanuel Uduaghan back in PDP

Former Governor of Delta State, Emmanuel Uduaghan has defected from the All Progressives Congress, APC, to the Peoples Democratic Party, PDP.

Uduaghan, who was Delta State Governor for eight years in the build up to 2019 elections defected to the APC where he contested the senatorial seat and lost.

There have been insinuations that the former governor is planning a comeback to the PDP in a bid to boost his chances in 2023 as PDP now fully controlled the South South region.

Uduaghan met with Governor Ifeanyi Okoya two weeks ago to fine-tune plans to return to the PDP, his former base.

He also met with James Ibori, who was also a former governor and the godfather of politics in Delta State.

On Monday, Uduaghan formally defected to the PDP.

“I am back to join forces with other party greats to strengthen our party, the largest Party in Africa -PDP!,” he said on his twitter handle.