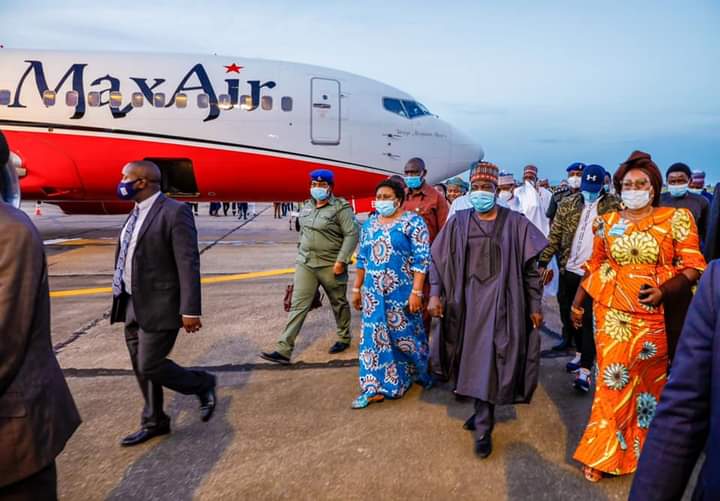 The inauguration followed the signing of Memorandum of Understanding (MoU) between the Plateau Government and Max Air on Sept. 1, 2020 to boost business activities and tourism in the state.

Lalong said after he landed in Jos that the launch of the flights is part of his administration’s policy of economic rebirth of the state.

“Just recently, we launched a one-stop centre and we saw the eagerness of a lot of investors coming into Plateau but our roads are not too good.”

He commended President Muhammadu Buhari and Plateau members at the National Assembly in working toward repairing the roads in the state.

Lalong said with regular flights to Jos, business people who expressed concerns on the safety of the roads can now fly into the city in 25 minutes.

“The airline is not only for business people but also to ease the movement of our sons and daughters who want to visit the state,” he said.

Max Air Boeing 737 300 Series that took off from Abuja had 62 passengers, including the Plateau governor, his wife, Regina and the Minister of Women Affairs, Mrs Pauline Tallen.

Others were the Senator Representing Plateau Central, Hezekiah Dimka, the Chairman of the National Christian Pilgrims Commission, Rev. Yakubu Pam, and the deputy speaker of the House of Representatives, Idris Ahmed Wase.

The flights are scheduled for Mondays, Wednesdays and Fridays.