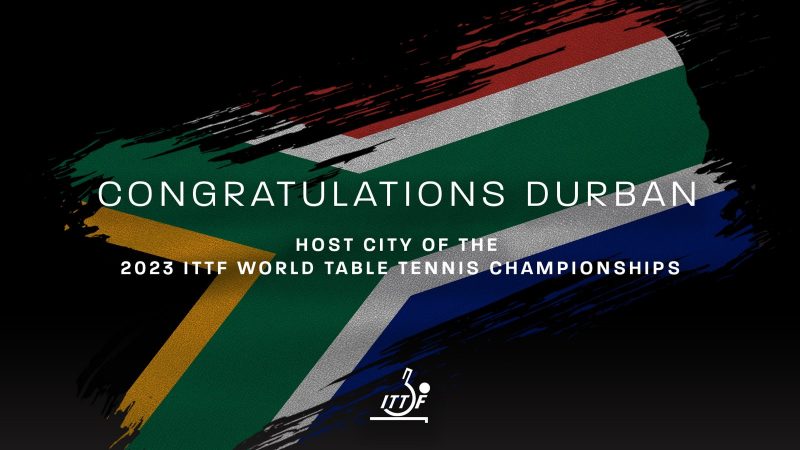 A first-ever World Table Tennis Championships will be held in South Africa in 2023 and on the African continent for the first time since Egypt in 1939.

The decision was made at the first-ever virtually-conducted Annual General Meeting (AGM) of the International Table Tennis Federation (ITTF) on Monday.

The vote indicates the new format for the ITTF World Table Tennis Championships Finals, coming into place in 2021.

Durban won 90 votes (69.77 percent) to beat off competition from the other candidate city, Düsseldorf of Germany, who won 39 votes (30.23 percent).

Düsseldorf had been bidding to stage the event again following the resounding success of the 2017 edition.