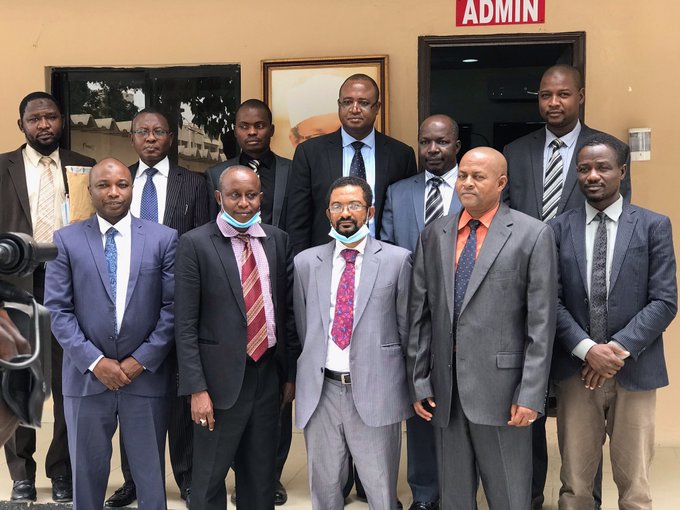 The Economic and Financial Crimes Commission, EFCC, and the Securities and Exchange Commission, SEC, are committed to strengthening the partnership between the agencies with a view to tackling the menace of Ponzi schemes in the country.

This commitment was restated during a courtesy visit by the Kano Zonal Head of the Securities and Exchange Commission. Mohammed Danladi to his EFCC counterpart, Sanusi Aliyu Mohammed on Tuesday, September 29, 2020.

The SEC Zonal Head described his visit to EFCC as an effort to solidify the already existing relationship between EFCC and SEC.

“This visit is nothing more than to solidify the existing relationship between EFCC and SEC which dates back to the inception of EFCC. We are here to renew that relationship, foster it and fight the common enemy together”, he said.

Mr. Danladi expressed concern about his Commission’s challenges dealing with operators of wonder banks which are on the rise especially in the northern part of the country. According to him, the operators of the illegal scheme are taking advantage of the financial illiteracy of the public to defraud them in the name of investment.

He added that most of the Ponzi scheme operators avoid SEC registration because they know they would be monitored.

In his response, the EFCC Zonal Head, Sanusi Mohammed, suggested a joint operation between the two agencies to curtail the spread of Ponzi schemes and prevent the public from falling victims of the scam.

Mohammed further assured the SEC of the Commission’s continued support as the two agencies share common objectives to fight financial crimes. “As long as the mandate of EFCC and that of SEC remain, you cannot separate the SEC and EFCC. We will continue to work together institutionally, “he said.

“Where the SEC’s main concern is to make sure investors are protected from losing their investments, the EFCC’s concern is the protection of the general public from the activities of fraudsters, which are one and the same,” the Zonal Head added.