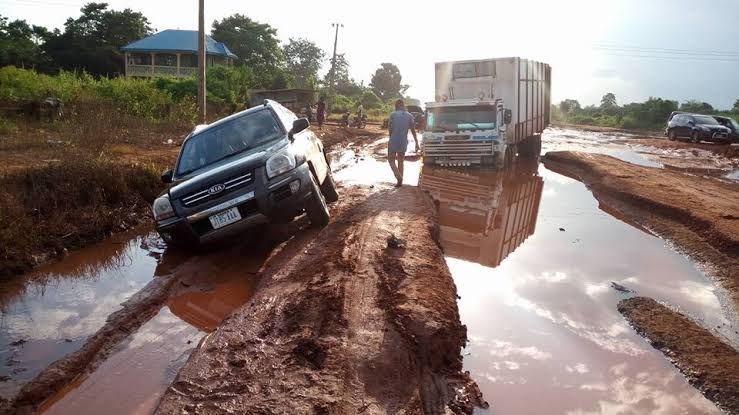 Bad portion of a South-East road for illustration

Its President, Mr Sanuth Ibrahim, in an open letter to Gov. Babajide Sanwo-Olu of Lagos State, urged the state government to ensure immediate rehabilitation of the roads.

Ibrahim listed the roads to include: Lekki-Epe Expressway; Ketu-Itoikin and Epe-Ijebu-Ode.

He said urgent rehabilitation of the roads would save lives and reduce the untold hardship being experienced by people in the areas.

Ibrahim said that it would create an enabling environment for commercial activities to boom.

“It helps to provide economic incentives to public and private sector participants.

“It is in the light of the above that we are constrained as a registered non-governmental group to write to you about the deplorable state of the three roads leading to Epe.

“Epe is the biggest among the five IBILE Divisions of Lagos State,” Ibrahim said.

He said innocent lives would have been saved if these roads were put in motorable condition.

“We don’t want to bore you with numerous man-hours lost on these roads by motorists that are able to navigate their way through the obstacles.

“Recently, the contractor from Ogun State Government commenced work on the Ijebu-Ode/Epe axis from the Lagos and Ogun boundary leaving the rest for Lagos State Government to complete its own part of the road,” he said.