3 Ekiti men docked for exhuming 10 corpses, beheading them for ritual 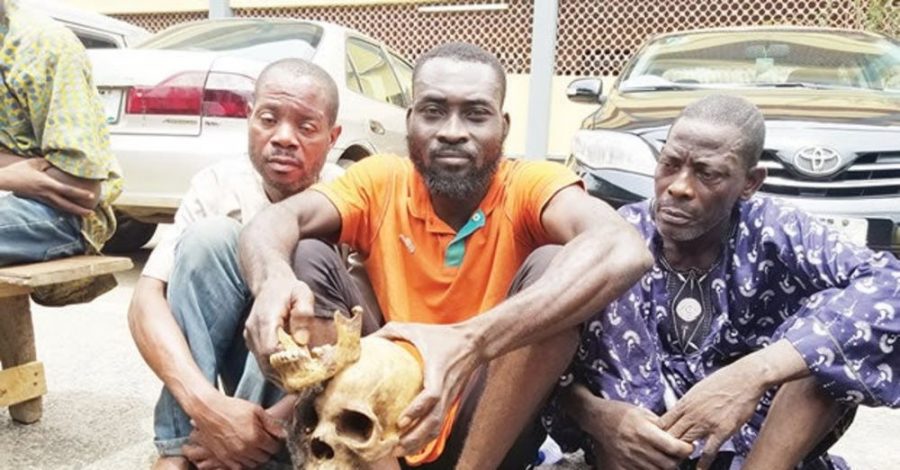 Three men on Monday appeared before an Ado-Ekiti Chief Magistrates’ Court over alleged exhumation of 10 corpses and beheading them for ritual.

According to the prosecutor, Monica Ikebuilo, the defendants committed the offence between March and September 2020, in Orun-Ekiti.

She alleged that the defendants dug up graves and severed heads of corpses at St. Paul Anglican Church Cemetery in Orun-Ekiti.

Ikebuilo said that the severed corpses were those of Philip Akintayo, Moreani Ajayi and eight others.

She said the accused used the extracted parts of the corpses for ritual.

“The charms from the ritual were found with the defendants,” he claimed.

The plea of the defendants was not taken while the prosecutor urged the court to remand the defendants in the correctional centre pending legal advice from the office of the Director of Public Prosecution (DPP).

The Chief Magistrate, Mrs Adefumike Anoma, ordered the remand of the defendants at the correctional centre, pending issuance of legal advice.

She adjourned the case till Nov. 6 for mention.