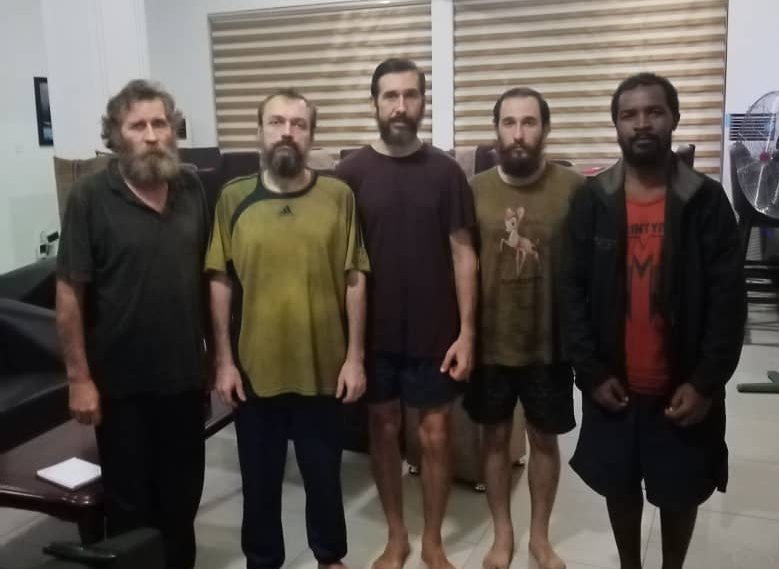 the three Russian sailors, one Ukrainian, one Equatorial Guinean rescued by Nigerian troops

Three Russian sailors, one Ukrainian and one Equatorial Guinean kidnapped by pirates since 9 May have been rescued by Nigerian troops, the Defence Headquarters said today.

The rescue by troops of Operation Delta Safe, came after the hideout of the pirates and militants was overrun at Ibiakafemo, Idinkiri, Tombie and Ogboma .

Enenche said the expatriates were kidnapped aboard MT RIO MITONG and MT DJIBLOHO in Yellow Island.

He said that a joint team from Forward Operating Base Bonny, Nigerian Navy Ship Pathfinder and troops of 146 Battalion combed the creeks in search of the kidnapped victims acting on credible intelligence.

According to him, after a thorough search and rescue operation, the gallant troops raided and destroyed the hideouts to deny the pirates freedom of action.

“Consequently, in the early hours of Oct. 6, the pirates/militants compelled by the ongoing operation surrendered to the gallant troops and handed over the five kidnapped expatriates at Iwofe Waterfront”.

He said that the stolen petroleum products had been recovered to the Base.

“The Military High Command commends the gallant troops for their resilience and encourages them to sustain the tempo against the enemies of our country.

“The general public is always encouraged to support the troops by providing credible intelligence that will aid the operations,” he said.