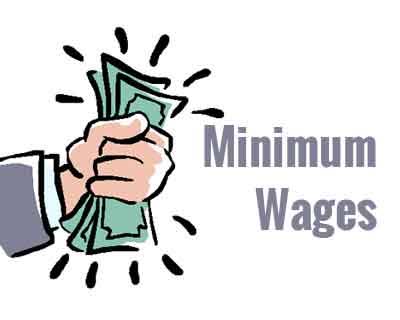 Plateau workers will start receiving the new minimum wage in October, the Chairman of the state chapter of the Nigeria Labour Congress (NLC), Mr Eugene Manji, has said.

Manji, who disclosed this while briefing newsmen to mark the World Day for Decent Work, said that the new minimum wage was to have been implemented in the state in March, as the negotiations were concluded and a partial agreement was signed.

He said that the COVID-19 pandemic, however, delayed the commencement of implementation.

“The Coronavirus pandemic brought economic activities to a halt and the Plateau Economic Team advised that the implementation be suspended.

“However, we ensured that no percentage of workers’ salaries was deducted on account of the impact of the pandemic.

“We were also able to maintain and protect the workforce as nobody was laid off.

“As economic activities began to pick up, we wrote to the State Government on Aug. 14 asking it to implement the new minimum wage as agreed.

“We wrote again on Sept. 7 to remind them and they called us on Sept. 14 and they agreed to commence payment at the end of September but we did not see it when salaries were paid last week.

“We met and the government assured us that they will commence implementation this month and that the local governments will be carried along,” Manji said.

Oct. 7 has been set aside as the World Day for Decent Work, and the 2020 edition of the celebration has the theme: “A New Social Contract for Recovery and Resilience”.

During that day, trade unions, union federations and other workers’ associations develop their actions to promote the idea of Decent Work.

Actions vary from street demonstrations to music events or conferences held in many countries.

The labour leader noted that the financial and humanitarian impact of the COVID-19 pandemic was already a global health challenge, that had come to stay.

He, therefore, called on the government to support workers to undertake small businesses.

According to him, the global health and economic consequences of the COVID-19 pandemic are already biting harder and affecting workers in different nations, including Nigeria.

“Government should therefore include workers in their bailout funds to assist workers to establish small businesses that will supplement their meagre monthly income,” he said.

The chairman stated that the celebration of this year’s World Day for Decent Work was aimed at boosting workers’ morale by renegotiating their working conditions.

He said that it was also to resist plans by the “oligarchies” to deliberately cause job losses by giving excuses of dwindling resources as a result of the pandemic.