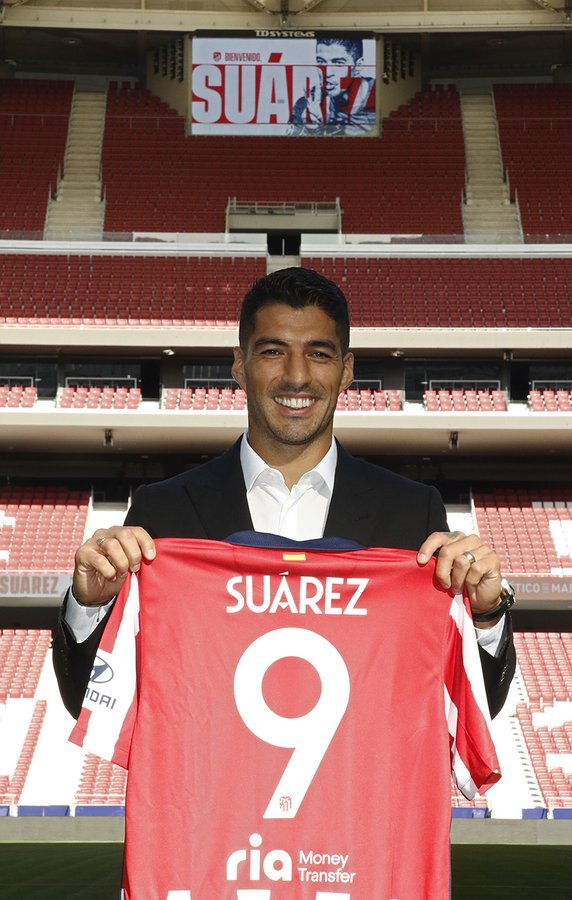 Atletico Madrid’s summer signing Luis Suarez has slammed Barcelona’s board over the manner of his departure.

Suarez joined Atletico in a €6 million transfer in September after widespread reports suggested that he was not wanted in Ronald Koeman’s squad.

The 33-year-old Uruguayan and former Liverpool striker told ESPN that he learned of his departure from the media, rather than from the Barca board.

“What they did hurt me and my family a lot. Their form and manners were not correct.

“The moment they told me [I wasn’t in their plans], I confirmed what I saw in the press, what other people told me. No one from the club had told me anything until the coach’s call.

“Koeman called me to tell me that I was not in his plans when I had already known what was going to happen 10 days before.

“I spent six years at Barcelona and I always said that the club needed a young forward. They never brought anyone who could compete with me. Forwards have streaks and moments. I deserved at least that before I found out from the press that they didn’t want me.

“I had a lot of uncertainty, because I had to go to train. I told Leo [Messi] that I knew what they were going to do to me. I was going to train happy, but I returned home sad.”

The former Ajax star further added that he would ‘point somewhere’ to the board if he scored against Barca.

“If I scored against Barcelona, I would not yell or go crazy, but I surely would point somewhere,” Suarez said.