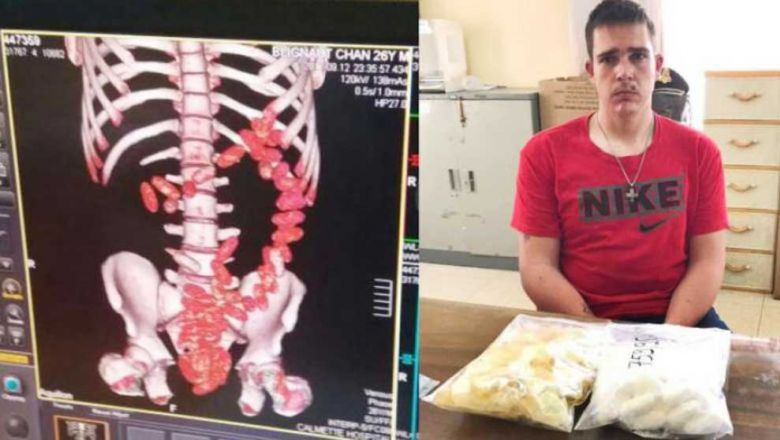 A 27 year-old South African jailed for life for trafficking more than 0.5kg of cocaine from Brazil to Cambodia will know on 3 November, whether his sentence will be reduced.

This was the date the Cambodian Court of Appeal said it would deliver its verdict.

The South African, Blignaut Chan had swallowed the drugs before departing Brazil and was arrested at the Phnom Penh International Airport in September 2017.

He was sentenced to life imprisonment by the Phnom Penh Municipal Court.

During his hearing at the Appeal Court, Chan told a judge through an interpreter that he had been hired by Au Stin, also a South African, to swallow about 50 pills filled with cocaine.

Chan said it took him an hour and a half to swallow all of the pills.

After he swallowed the drugs, he travelled from Brazil to Cambodia via Dubai.

He said everything was arranged by Stin.

Stin told him that when he arrived in Cambodia, he had to stay in a hotel, where a Thai woman would pick up the cocaine and transport it to Thailand.

But the plan was foiled when authorities caught him.

“Initially, authorities at the Phnom Penh International Airport checked my suitcase and found no drugs. But maybe they were suspicious, so they called me for a scan and found drugs,” Chan said.

I knew in advance that I swallowed drugs illegally in Brazil. But I had no money, so I agreed to work for them. I would like the court to reduce my sentence,” he said.

Prosecutor Lim Sokuntha said the accused was detained at the Phnom Penh International Airport with 759.95g of cocaine. Drug trafficking crimes involving 70g or more are punishable by 20 years to life in prison.

Sokuntha concluded that the accused was a first-time offender, admitted to his guilt and cooperated with authorities.

“I think [the court] sentenced him too severely, so please let the presiding judge reduce his sentence,” he said.

Defence lawyer Nou Chantha said his client confessed immediately to the crime and had been honest throughout the whole trial process.

“As for the statement of the prosecutor, I agree with this request to reduce his [Cham’s] sentence,” Chantha said.