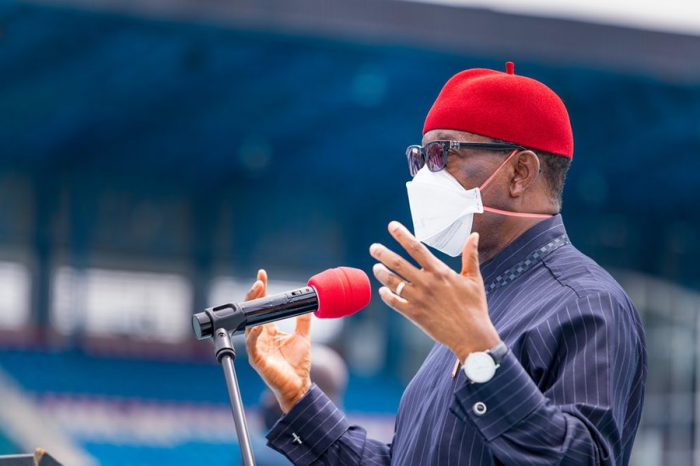 The Governor of Delta, Dr Ifeanyi Okowa, has commended the Inspector-General of Police, Mohammed Adamu, for the disbandment of the Special Anti-Robbery Squad (SARS) of the Nigeria Police Force.

The governor noted in a statement personally signed by him in Asaba, that the disbandment of SARS was a decisive and prompt way by the IGP in responding to the legitimate concerns of Nigerians.

According to him, the #EndSARS protest by youths across the country had become a national and international movement.

Describing the disbandment of the squad as a “welcome development”, the governor said, “the Nigerian youths can take pride in the fact that they have won a major victory for the right to free movement and association without let or hindrance.

“While commending the Police for not suppressing these protests, the disbandment of SARS is a visible demonstration of how government agencies should respond to the grievances of our people and their agitations for justice and good governance in a democracy.

“Finally, let me say that the IGP should not stop at disbanding SARS. That is but one step in the multiple steps required in carrying out a comprehensive reform of the Nigeria Police Force.

“Such reform should cover matters relating to recruitment, training and welfare of the rank and file.”