#OndoDecides2020: Why PDP will not congratulate Akeredolu -Spokesperson 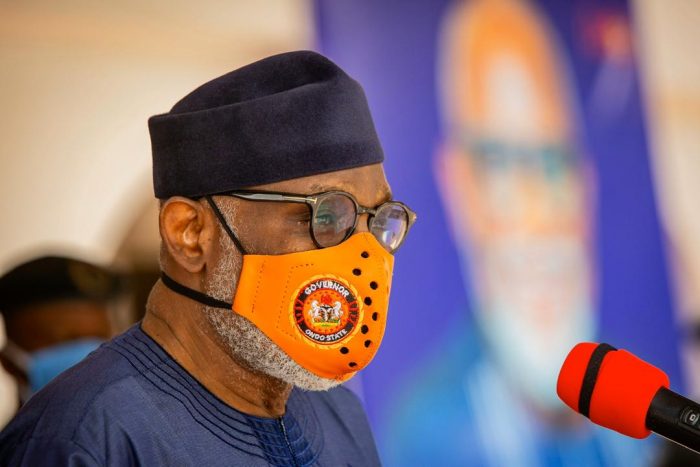 The Peoples Democratic Party (PDP) on Monday said it will not congratulate Governor Rotimi Akeredolu over his victory in the last Saturday’s Ondo State governorship election.

Kola Ologbondiyan, the spokesperson for the opposition party said this while reacting to a press conference by the Chairman, National Caretaker Committee of the All Progressives Congress, Gov. Mai Buni.

Buni, had during the press conference advised the PDP to emulate the APC, which congratulated it when it won the Edo governorship election to also congratulate Akeredolu.

“It is said, one good turn deserves another, and just like we congratulated PDP in the Edo election, we look forward to seeing PDP and the other political parties extend similar gesture to us in the spirit of good sportsmanship.

“By so doing, we will make elections in Nigeria healthier and attractive, rather than making elections a do or die affair,” Buni said.

But Ologbodiyan who spoke at a press conference in Abuja, described the call as an attempt by the governor to use PDP to endorse the election.

“The PDP is too structured as a party to be used by anybody under any guise in that regard,” Ologbondiyan said.

He added that the party would make its official position on the outcome of the just concluded Ondo state governorship election in due course.

Ologbondiyan, however, called on President Muhammadu Buhari to take steps to accelerate the amendment of the Electoral Act, which was stalled.

The President did not assent to the amended Electoral Act of the National Assembly in 2019.

The Independent National Electoral Commission (INEC) declared Gov. Oluwarotimi Akeredolu, candidate of the All Progressives Congress (APC), as the winner of the governorship election held on Saturday in Ondo state.