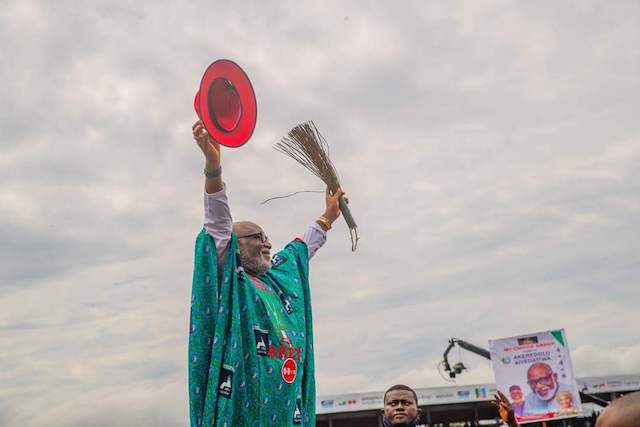 Akeredolu happy about his victory

Mr Olugbenga Edema, the Chairman of Ondo State Oil Producing Area Development Commission (OSOPADEC), says that Gov. Oluwarotimi Akeredolu’s landslide victory is an evidence that the administration is acceptable in the state.

Edema stated this in his congratulatory statement to Gov. Akeredolu on Tuesday in Akure.

Akeredolu was declared the winner of the Oct.10 election, having won 15 local councils of 18 local government areas of the state, polling 292,830 votes to defeat his closest rival, Mr Eyitayo Jegede of Peoples Democratic Party (PDP) who had 195,791.

“The election was exciting, pluralistic and portraits democracy at its best.

“Its result? A landslide faithfully reflecting the will of the people and proving beyond any iota of doubt that your service was acceptable.

“And its portent? An impetus for greater achievement and more abundance of dividends of democracy. After all, the productive servant in the Holy Book who traded profitably with the given talents were blessed with additional allocations,” he stated.

The OSOPADEC Chairman said that he was confident that the renewed mandate will further reinvigorate the zeal to develop the oil-producing area and complete the numerous projects already begun to transform the lives of the people.