J.P. Clark exits the stage: The poet, his life and art 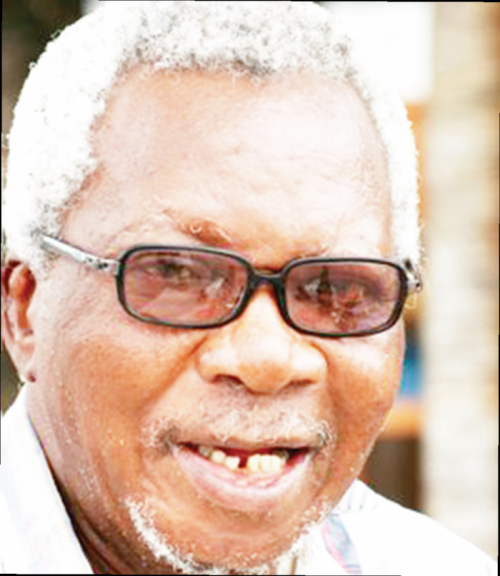 Though born in the creeks of the Niger Delta, he went ahead to bestride the literary world, getting international recognition not just for the lyricism of his poetry but also for his plays. Though he grew up in a small fishing village that had no elementary school, he went ahead not just to become a literary giant but also a distinguished academic.

Still, an intriguing thing about him is that his greatness lies in his simplicity, his assertiveness and bluntness when occasion demanded. And that was also where his genius lay: the ability to express himself and assert his views, the ability to be what he had always wanted to be, no matter the odds. Little wonder he always dressed simply – in short sleeved shirts. But underneath that simplicity is a strong resolve, courage of conviction and strength of character, which were accentuated by his infectious confidence, smiles and wisdom associated with the elderly.

Welcome to Professor J.P. Clark-Bekederemo, poet, playwright and academic who just joined his ancestors today, Tuesday, 13 October 2020.  He was aged 86. Though born John Pepper Clark Clark-Bekederemo, to an Ijaw father and an Urhobo mother, he chose JP Clark (which indeed speaks volumes about his independent and free spirit} and that was the name he was known by in the literary world.

Not only was he known for the lyricism of his poetry which he showed in poems such as Night Rain, Abiku and Casualties, he also made great impact in drama and known chiefly for plays such as Song of a Goat, which was premiered at The Mbari Club in 1961, The Ozidi Saga, The Raft, Masquerade and The Boat. His 1966 play, Ozidi, was an adaptation of an Ijaw story that in its traditional setting would have been told over seven successive days, using music, dance, and mime.

He was also known for his controversial book, America, Their America (which was published in London in 1964 and appeared in the United States five years later. In that travelogue he wrote about his experiences in the United State, criticizing its crass materialism, obsession with sex and ignorance about the world.

Controversy was indeed his forte. Clark also created not just a stir but also a controversy when he his 28 war poems were collected in a 1970 volume called Casualties. Those poems addressed the Nigerian civil war from various perspectives. For instance the poem that gave the book its title examined the stance of Nigerians who fomented the war from abroad, attempting to whip up support for one side or the other. “The casualties are many,” he wrote, “and a good number well/Outside the scene of ravage and wreck;/They are the emissaries of rift,/So smug in smoke-room they haunt abroad,/They are wandering minstrels who, beating on/The drum of human heart, draw the world/Into a dance with rites it does not know

That collection, as well as America, their America didn’t do his literary reputation any good, as many believe he infuriated and alienated a large audience and some influential critics. In his defence, Clark maintained that he merely portrayed events as he saw them.

Clark was a writer who raise question, crossed boundaries and not afraid to speak his mind. He was also at times cantankerous, a trait which showed in his controversial book, America, Their America. His work moved back and forth between Nigeria and the West, between traditional modes of expression and European-derived forms ranging from ancient Greek tragic drama to modern image-centered poetry. And he caused controversies in both worlds. He felt distinctly out of place when he visited the United States, dismaying his hosts, but his unsparing depictions of Nigerian civil war likewise unsettled many.

Still, the kind of education he received prepared him for his literary career. He attended Native Authority School, Okrika (Ofinibenya-Ama), in Burutu Local Government Area (then Western Ijaw) and the prestigious Government College in Ughelli. He then proceeded to the University College Ibadan where he distinguished himself not only by editing magazines such as The Beacon and The Horn but also as a lyrical poet.

On graduating from Ibadan in 1960, he worked as an information officer in the Ministry of Information, in the old Western Region of Nigeria, as features editor of the Daily Express, and as a research fellow at the Institute of African Studies, University of Ibadan.

As a young African writer with a fairly high profile, he came to the attention of university programs in the United States that were set up with the goal of cultural exchange in mind. Clark-Bekederemo was the recipient of Princeton University’s Parvin Fellowship and spent the 1962-63 academic year in the United States.

As one of Africa’s most distinguished authors, even after retirement, he continued to play an active role in literary affairs, a role for which he increasingly gained international recognition. In 1991, for example, he received the Nigerian National Order of Merit Award for literary excellence and saw publication, by Howard University, of his two definitive volumes, The Ozidi Saga and Collected Plays and Poems 1958-1988. In spite of his advancement in years he still tool part in literary activities and events. He was a regular presence in book festivals, notably of which was the Port Harcourt Book Festival

His exit has indeed brought an African proverb, which says when an elder dies, a library burns to the ground, to the fore.  He will indeed be sorely missed by all in the literary world.