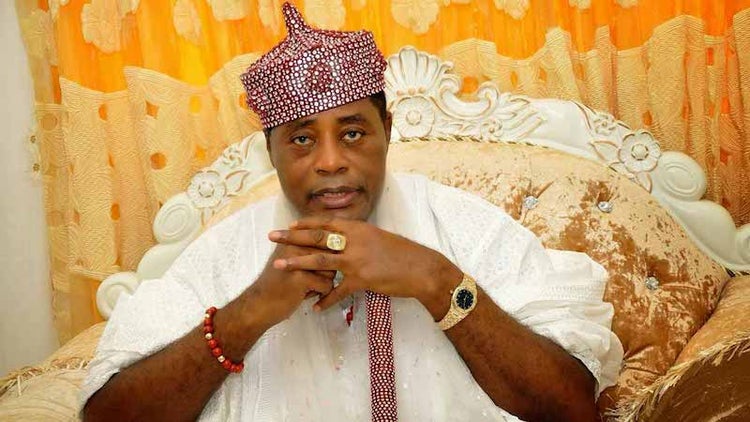 His Imperial Majesty, Oba (Dr.) Frederick Obateru Akinruntan, Paramount Ruler and Prescribed Authority, Olugbo of Ugboland and Chairman Ondo State Council of Obas, has congratulated the Ondo State Governor, Arakunrin Oluwarotimi Odunayo Akeredolu, who has just been returned for the second term through the massive votes of the Ondo state people on Saturday, the 10th October 2020.

Oba Akinruntan in a statement he personally signed at Ugbo, said Gov. Akeredolu was ordained by God and his steps are God ordained.

The Prescribed Authority and Paramount ruler of Ugbo Kingdom noted that Gov. Akeredolu’s victory excited him and all the good people of Ugbo as it confirms the fact that the voting masses of Ondo state are not oblivious of the giant strides of Akeredolu’s administration in his first term which is rounding off in few months time.

He maintained that the successful outing of the All Progressive Congress (APC) and its flag bearer, Arakunrin Oluwarotimi Akeredolu has put an end to the spurious claims of undemocratic forces who planned to slow down the progressive strides of Akeredolu which he has promised to improve on in his second term in office. Oba Akinruntan noted that if not for the steadfastness of the ever conscious and progressive-minded people of Ondo state, the opposition would have pulled the wool over the people’s eyes and mislead them at the poll thereby drawing back the hand of development in the state.

While advising Gov. Akeredolu to be magnanimous in victory, he charged him to continue to execute the great plans he has in mind for Ondo state and to hold firm the pre-election promises he made which had encouraged the voters to trust and vote for him.

“The Governor of Ondo state is not described as talk and do for nothing. He says what he means and means what he says. He made the good people of Ondo state many promises in his first term and executed them.

“We recall that he said he will construct a flyover at Ore to put an end to the carnage on that busy high way and he executed the project to a logical conclusion visible to every discerning user of that road. He has promised the people of Ondo south in the Ilaje axis a Deep Seaport. We are confident more than ever before that the Governor will make this promise a reality.

“It is our joy that in Ilaje nation, our total votes for Gov Akeredolu, which stood at 26,657, was the second largest in Ondo state, a confirmation of our trust in the administration of Arakunrin Oluwarotimi Akeredolu,” Oba Akinruntan maintained.

While praying to God to make the second tour of duty of Gov. Akeredolu a hitch-free and very successful one, Oba (Dr.) Frederick Enitiolorunda Akinruntan on behalf of the good people of Ugbo Land wished Gov. Akeredolu well as he commences his second term in office.