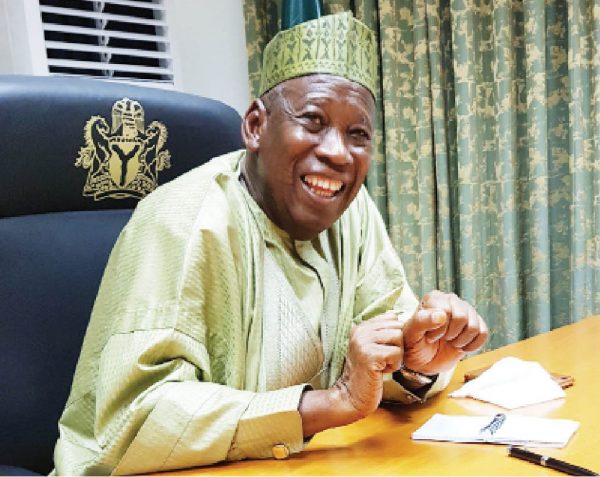 PM News notes that SWAT was introduced after the dissolution of Federal Special Anti-Robbery Squad (SARS).

FSARS was disbanded on Oct. 11, a sequel to public outcry and widespread protest by Nigerians over its operations.

Adamu announced SWAT as a replacement squad in accordance with Section 18 (10) of the Police Act 2020.

Ganduje lauded the president and the IGP, in a statement by his Chief Press Secretary, Mr Abba Anwar, on Wednesday in Kano.

The governor also commended the youth for cooperating with security agencies to enhance the safety and security of the state.

“We noticed that there are protests in some sections of the country while in Kano, the youth decided to take a good stand by not condemning the police as an institution, rather condemned the few bad eggs among them.

“Without the police, can we move freely in the country?

“We are only calling for the fishing out of the bad eggs among the institution; no more, no less.

“SWAT formation is a good step in the right direction and reforming the police institution is what our youth are agitating for.

“We commend you for the maintenance of law and order in the state,” Ganduje was quoted as saying in the statement.