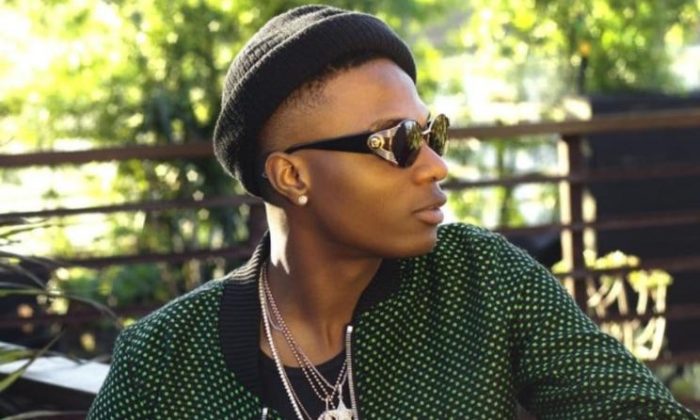 Wizkid is apparently still very much keen in the fight against police brutality, so much so that he has lashed out at fellow musician Reekado Banks for releasing a track amidst the current turmoil.

Banks took to his Twitter page to announce the impending release of his track ‘Omo Olomo’, which features the Starboy supremo.

And the ‘Smile’ crooner was not excited about it, calling Banks a ‘fool’. 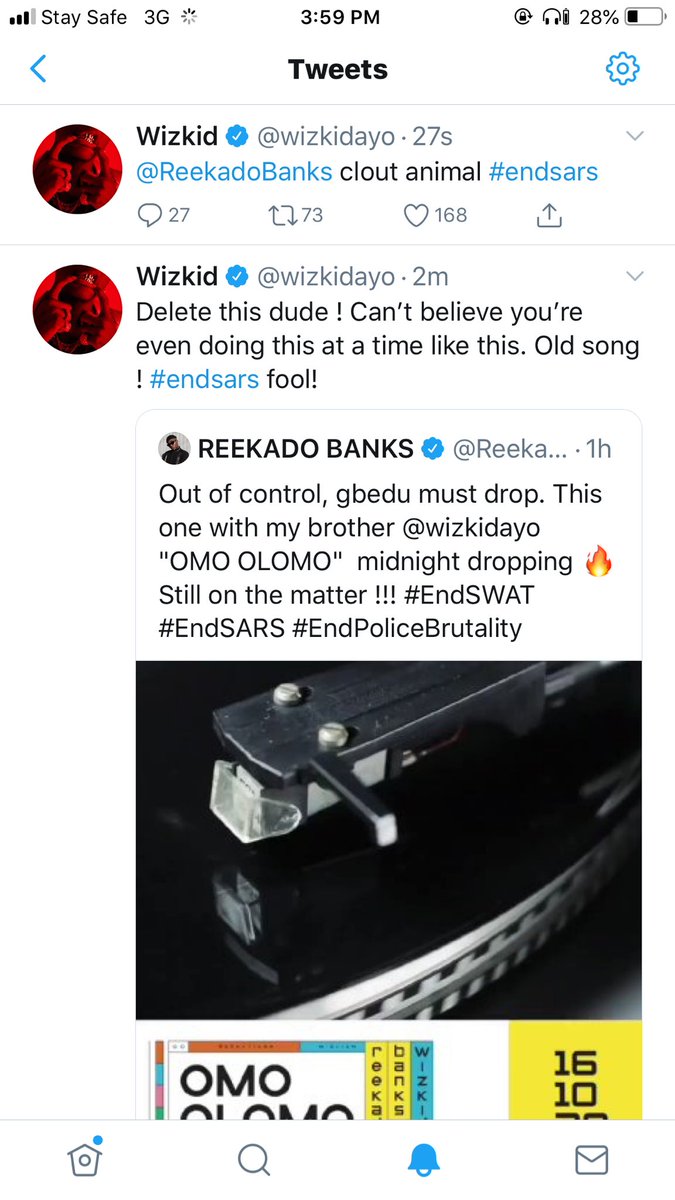 Wizkid tweeted; ‘’Delete this dude! Can’t believe you are doing this at a time like this.

Reekado Banks is yet to respond as at the time of writing this story.

It should be noted that Wizkid recently postponed the release of his highly anticipated Made in Lagos album, which was meant to be released today (Wednesday), citing the current protests as a reason for stalling the album release.

The father of three recently took to the streets of London to demand an end to police brutality in Nigeria.