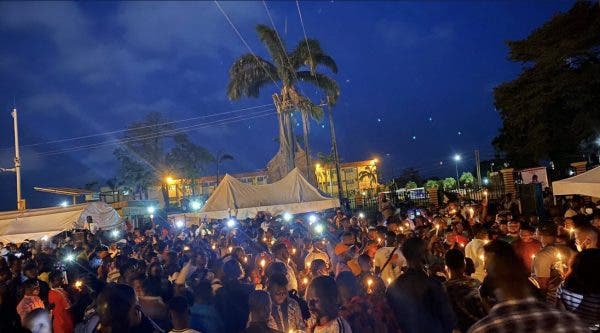 #EndSARS protesters gathered on Friday at Alausa Secretariat, Ikeja and the Lekki tollgate to hold a candlelight procession in honour of those who have died due to police brutality.

PM NEWS notes that a similar procession ceremony was held in Abuja.

Today, October 16 makes the sixth day that Nigerian youths have barricaded major roads in order to put an end to the Federal Special Anti-Robbery Squad, accused of extortion and brutality.

Since the commencement of the protest, not less than ten individuals have died.

May their souls rest in peace