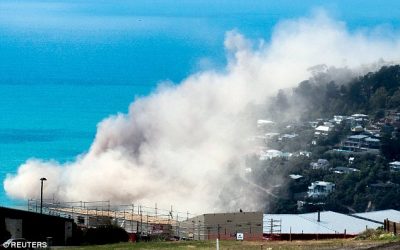 A tsunami warning sounded Monday for the Alaska Peninsula Coast, after a magnitude 7.5 earthquake struck in the North Pacific Ocean.

The earthquake struck about 62 miles southeast of Sand Point at 12:54 p.m., according to the U.S. Geological Survey, reports Anchorage Daily News.

The area is about 575 miles southwest of Anchorage.

Three additional earthquakes were reported in the area shortly after with magnitudes of 5.0 to 5.2, according to the Alaska Earthquake Center.

The earthquake triggered a tsunami warning for areas along the Alaska Peninsula coastline, according to the U.S. Tsunami Warning Center.

The newspaper said there was no report of damage yet.