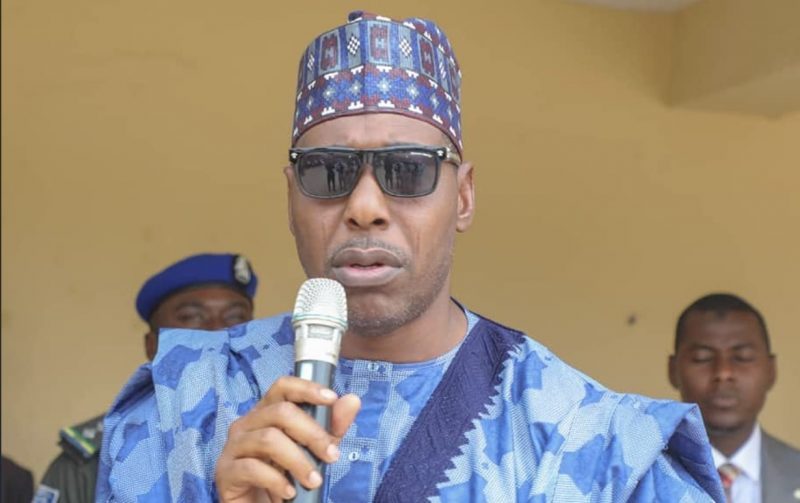 Jidda who is also the Chairman of the state’s Committee on the Reform of Borno State Public Service made this known on Tuesday in Maiduguri while submitting the committee’s report to Gov. Babagana Zulum.

Jidda said the civil service had deteriorated largely due to the inability and unwillingness of those in the position of authority to enforce the provisions of public service rules.

“Discipline and disciplinary procedures are virtually neglected to the extent that serious violations are committed by certain categories of staff with impunity.

“These impunities have created opportunities for outsiders to interfere and influence major policy decisions, especially on staff matters.

“For instance, the committee found out that the civil service has over the years suffered several levels of political interference in its affairs, particularly in the areas of appointments, promotions and postings.

“As a result, it has become a common feature in the civil service to find many senior officials being appointed or promoted to positions they are not qualified for thereby frustrating the chances of those who are competent and qualified.

“This is one of the factors that have resulted to the disaffection and even apathy among the workforce,’’ Jidda lamented.

He also noted that the core values of the civil service such as professionalism, integrity, loyalty, transparency and dedication had been compromised in many ways.

Jidda said the committee recommended the resuscitation of the moribund Borno State Planning Committee in the Office of the Head of Service, which is an institutional body responsible for planning for manpower.

The committee also called for an orientation programme for all public and civil servants to sensitise them on the importance of the core values of the civil service, public service rules and other regulatory frameworks guiding the operation of the service that they needed to imbibe and observe in their official conducts.

“In view of the predominance of junior and unskilled workers in the service and the large number of top government officials who are on the verge of retirement as well as the frequent disengagement of staff from service over the years, there is the need for government to conduct a comprehensive manpower audit in order to determine the availability of vacancies in each ministry, department or agency based on their respective organisational structures and set a machinery in motion for the recruitment of staff,’’ Jidda said.

Responding, Gov. Zulum, lauded the committee for its far-sighted recommendations for fundamental reforms of the civil service and directed the setting up of a committee under the chairmanship of the state Head of Service to determine the recommendations that needed short, medium and long term implementations and the modalities for their implementation.

“The recommendations will be forwarded to the State Executive Council for deliberation and endorsement. Subsequently, a White Paper committee will be constituted to work on government’s decision in respect to their implementation,’’ Zulum said.