#EndSARS: Buhari, others dragged to ICC 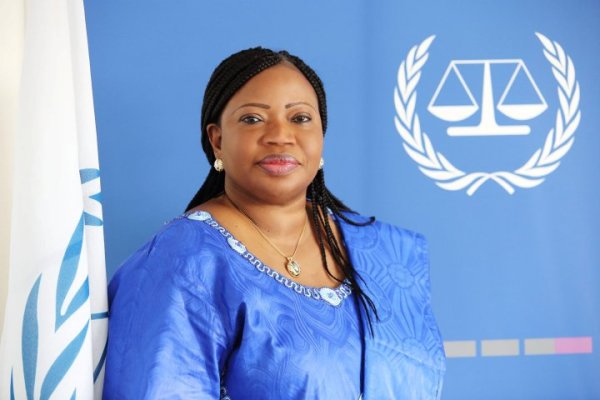 SERAP) has written Mrs Fatou Bensouda, Prosecutor, International Criminal Court (ICC), urging her to probe the attacks on #EndSARS peaceful protesters in some parts of Nigeria.

One of the prime targets of the petition is President Buhari.

The group wants Bensouda to focus on Nigerian authorities, military, and some politicians, who may have used thugs, soldiers and security agents to intimidate, harass, attack and kill #EndSARS protesters in Abuja, Lagos, Edo, Osun, Plateau, and Kano states.

Particularly, the group says “the government of President Muhammadu Buhari has repeatedly failed to address these grave human rights violations, which amount to crimes against humanity within the jurisdiction of the ICC.”

SERAP urges Bensouda to “push for those suspected to be responsible for these crimes, mostly security officials, soldiers, some politicians and other actors who directly or indirectly have individually and/or collectively contributed to the attacks, deaths and injuries, and are therefore complicit in the crimes, to be tried by the ICC.”

In the petition dated 21 October 2020 and signed by SERAP deputy director Kolawole Oluwadare, the organization said:

“The Nigerian authorities over the years have been unwilling and/or unable to prosecute suspected perpetrators of killing of protesters, which in turn has promoted a culture of impunity and emboldened authorities, the military, politicians and their accomplices who continue to commit human rights crimes against protesters.”

“The violent attacks on peaceful protesters in Lekki, Alausa, and other parts of the country suggest the lack of political will by the government of President Muhammadu Buhari to respect people’s human rights, including the rights to life, dignity of the human person, freedom of expression, peaceful assembly and association.”

According to SERAP: “The repeated attacks on peaceful protesters suggest the misuse of the military and security agents by the Nigerian authorities and the failure to apply criminal sanctions to suspected perpetrators.”

The petition, read in part: “Without accountability for these serious human rights crimes against peaceful protesters, the victims will continue to be denied access to justice, and impunity of perpetrators will remain widespread and the result will continue to be a vicious cycle of violence against Nigerians.”

“Nigerian authorities, military and some politicians have failed abysmally to ensure the enjoyment of the rights to life, dignity, freedom of expression and peaceful protest by the people. These events suggest criminal conduct within the jurisdiction of the ICC.”

“SERAP believes that violence against protesters gives rise to individual criminal responsibility of those suspected of perpetrating and/or failing to address the problem. as entrenched in the Rome Statute.”

“The incidents of intimidation, harassment attacks and killings of peaceful protesters also strike at the integrity of the democratic process and seriously undermine President Muhammadu Buhari’s oft-expressed commitment to human rights and the rule of law, and to end impunity of perpetrators.”

“Persistent attacks on peaceful protesters by Nigerian authorities, military, security agents and some politicians seriously undermine the people’s right to participate in their own government, and have resulted in serious human rights crimes within the jurisdiction of the ICC.”

“Ending impunity for attacks on peaceful protesters would improve respect for human rights in the country, and empower the citizens to hold their leaders to account. Unless the citizens are freely allowed to exercise their right to protest, the pervasive culture of impunity will continue to flourish in the country.”

“The government of President Muhammadu Buhari has repeatedly failed to address these grave human rights violations, which amount to crimes against humanity within the jurisdiction of the ICC.”