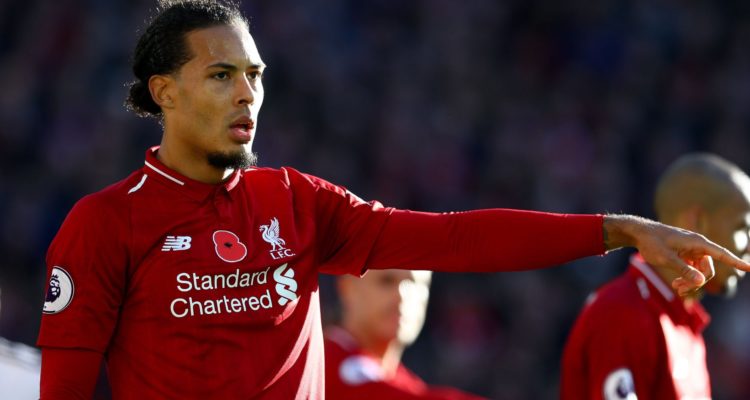 Liverpool defender, Virgil van Dijk has been left out of the clubs 2020/21 Premier League squad. This is amidst fear that the defender might miss the rest of the season after a tragic injury.

Van Dijk has recently had a surgery after a very dirty tackle from Everton goalkeeper Jordan Pickford in the Merseyside derby. Reportedly, he suffered an ACL injury, which is likely to rule him out for the remainder of the campaign.

This has made it imminent that the 29-year-old be excluded from the Liverpool 25 man Premier League squad. However, Van Dijk can be registered in January if the club believe he will recover in time to feature before the end of the season.

He is not the only absentee that Jurgen Klopp will have to deal with either. Summer arrival Thiago Alcantara will sit out, while Joel Matip, Alisson Becker, Naby Keita, and Alex Oxlade-Chamberlain are also unavailable.

Despite this, Klopp responded highly when one journalist questioned if the reigning Premier League champions had a chance against Ajax.

“We are here without Virgil van Dijk and Joel Matip! We will still give it a try,” the German said.