Africa–Brazil Relationship: Where do the business opportunities lie? 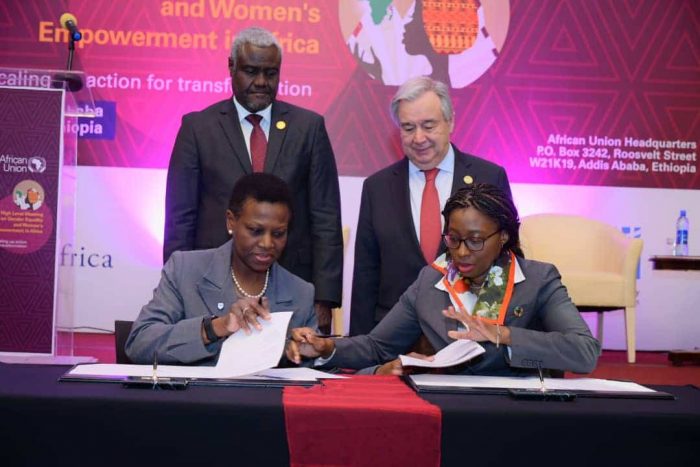 Over the past decade, Sub-Saharan Africa’s 4.1% average growth has outpaced the global average of 3.7%.

The continent’s development has been fueled by the growth of sectors such as agriculture, infrastructure, oil & gas, mining, and telecommunications.

In 2020, the COVID-19 pandemic has severely impacted world economies and will disrupt Africa’s trajectory. How will the continent fare after the pandemic? Where do the business opportunities lie?

The future of Africa and the sectors that will drive its growth are some of the themes that will be discussed by panelists, entrepreneurs and public sector representatives during Focus on Africa 2020, a virtual event hosted by Standard Bank Brazil from 26 to 28 October.

Brazilian officials Tereza Cristina, Minister of Agriculture, Livestock and Food Supply, and Ambassador Ernesto Henrique Fraga Araújo, Minister of State for Foreign Affairs, will also be participating in the event.

Adding to the discussion, representatives from the African Development Bank, Standard Bank and organisations such as Tereos Group, Olam International, Galp Energy and the private equity fund Helios will be participating in the forum.

The International Monetary Fund (IMF) expects SSA’s economic activity to decline by 3.2% in 2020 due to Covid-19. Standard Bank Chief-Economist, Goolam Ballim, believes that two-thirds of this impact are the result of nationwide lockdowns, which closed commerce and industries; the final third is explained by the contraction of exports and tourism. In the short term, recovery depends on both fiscal and monetary stimulus.

According to Ballim, this should be seen as a priority despite the need of local governments to deal with high public debts, which were rising even before the pandemic. Going forward, recovery will depend on access to vaccines, says Ballim.

Despite the challenges, however, Ballim sees an opportunity for Africa to reposition itself in the global economy.

“The disruption to global supply chains spawned by Covid-19 has reframed the idea of just-in-time production”, he said.

“This may boost on-shoring of production to African countries, to ensure reliable supply to African consumers”.

This results in investments, jobs, and higher income for the continent. The most promising sectors for Africa are currently infrastructure, telecommunications, general services, manufacturing and agribusiness.

Opportunities for the next decades

The SSA economy will be driven by the continent’s population growth over the coming decades. The region’s population is expected to reach 2.5 billion by 2050, making up a quarter of the world’s population, according to the United Nations. This population rise is taking place alongside rapid urbanization as it is expected that 1,4 billion people will live in Africa’s cities by 2050.

Africa is also seeing the maturation of its middle-class. A Standard Bank study looking at over 11 countries, including Angola, Nigeria, Ethiopia and Mozambique, revealed that the number of middle-class households across these countries grew from 5.4 million in 2010 to 12.6 million today.

“Africa’s population growth is a challenge for public authorities, as they need to promote inclusive growth, but offers countless business opportunities to Brazilian companies since it creates large consumer centers with higher purchasing power and flourishing consumer habits”, says Natalia Dias, CEO of Standard Bank Brazil. Some of the most promising sectors are agribusiness and consumer sector “Feeding this population will be Africa’s huge challenge over the coming years and Brazil is seen as one of the most relevant partners, not to mention the potential that the continent becomes, in the medium-term, one of the world’s great food suppliers, given that 60% of the planet’s uncultivated agricultural land lies in Africa”, says Dias.

Focus on Africa 2020 will highlight the business opportunities that exist in agribusiness, technology, infrastructure and oil & gas for Brazilian businesses and investors.