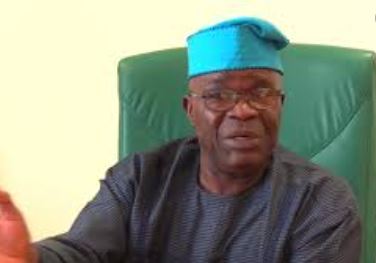 The South West House of Representatives Caucus in the National Assembly has condemned the attack on critical infrastructure and other investments in Lagos and other locations in the South West.

Rep Femi Fakeye, its leader, condemned the attack while addressing newsmen on Friday in Abuja following several attacks by unidentified thugs in Lagos and other South-West States.

He affirmed the inalienable rights of the citizenry to a peaceful protest while endorsing the proposal to pay compensation to all victims of Special Anti Robbery Squad (SARS) as stated by the Speaker, Rep Femi Gbajabiamila.

He also condemned the desecration of the cultural heritage of the region through an unnecessary and unprovoked attack on the palaces of Oba of Lagos, that of Ogbomosho and other eminent Yoruba cultural leaders.

Fakeye, however, condole with the families who lost their loved ones and sympathised with the injured and other victims in the attacks.

“We appeal to all Nigerians not to turn the South-West into a battleground, we admonish our youths to eschew violence and further civil unrest.

“We appeal to the Federal Government to fast-track the implementation of all outlined programmes for youth employment, empowerments and those for the most vulnerable citizens of the country,” he said.

He urged the youths to have a rethink and sheath their sword, stressing that the government should move fast in ensuring that all economic programmes were done to cushion the sufferings of the people.