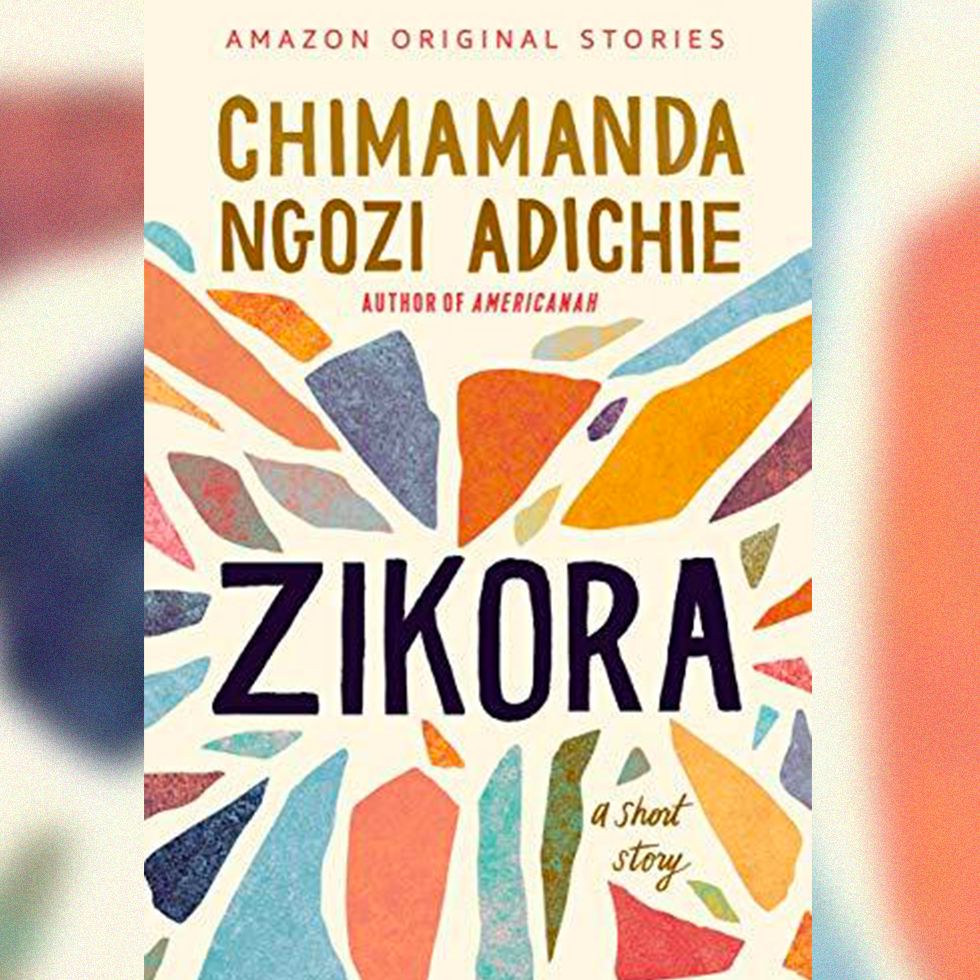 It tells the story of Zikora, a Nigerian lawyer living in Washington D.C  grappling not only with a pregnancy, after her equally high-powered lover abandoned her on getting to know about it, but also with the loss of her relationship;  while her demanding mother shows up to “help” prepare her for motherhood.

However, stunned by the speed with which the life she had loved to live fell apart, Zikora seeks solace by reflecting on her mother’s painful past and struggle for dignity as she prepares for motherhood. And in that lonely state she begins to see clearly what her mother wants for her, for new baby and for herself.

The short story explores the challenges Black mothers face in the U.S., which include a disproportionately high mortality rate, as well as the quandary of being a working mother. What happens when the life you imagined for yourself is quickly, and urgently, eclipsed by the life you have—and the life that’s on its way.

Zikora is available free for Amazon Prime and Kindle Unlimited Members. It is  also available for purchase for non-subscribers, too.

Read excerpt from Zikora below


All through the night my mother sat near me but never touched me.

Once, I screamed, a short scream that lanced the air in the hospital room, and she said, “That’s how labor is,” in Igbo, and I wanted to say, “No shit,” but of course she didn’t understand colloquial Americanisms. I had prepared for pain but this was not mere pain. It was something like pain and different from pain. It sat like fire in my back, spreading to my thighs, squeezing and crushing my insides, pulling downward, spiraling. It felt like the Old Testament. A plague. A primitive wind blowing at will, evil but purposelessly so, an overcoming in my body that didn’t need to be. Hour after hour of this, and yet the nurses said I wasn’t progressing. “You’re not progressing,” the smaller nurse said as though it were my fault.

The room felt too warm and then too cold. My arms itched, my scalp itched, and malaise lay over me like a mist. I wanted nothing touching my body. I yanked off my hospital gown, the flimsy blue fabric with its effete dangling ropes that gaped open at the back as if designed to humiliate. Naked, I perched on the edge of the bed and retched. Relief was impossible; everything was impossible. I stood up, sat down, and then I got on my hands and knees, my taut belly hanging in between. The clenching in my lower body came and went, random, irregular, like mean surprises.

The bigger nurse was saying something.

“You’ll get the epidural soon,” she said.

The smaller nurse needed to check me. I rolled onto my back. An invasion of fingers. She was gloved and I couldn’t see her nails, but her false eyelashes, curving from her upper lids like black feathers, made me worry that her nails were long and sharp and would pierce through the latex and puncture my uterus. I tensed up.

“Bring your feet up and let your legs fall apart,” she said.

“Bring your feet up and let your legs fall apart.”

What did that even mean? How could legs fall apart? I began to laugh. From somewhere outside myself I heard the hysteria in my laughter. The nurse looked at me with the resigned expression of a person who had seen all the forms of madness that overtook birthing women lying on their backs with their bodies open to the world.

“You’re not progressing,” she said.

Then came a wave of exhaustion, a tiredness limp and bloodless. I was leaving my body. I could die. I could die here, now, today, like Chinyere died in a fancy Lagos hospital that had flat-screen TVs in the labor ward. It was her third childbirth and she was walking, chatting with the nurses, stopping to breathe through each contraction, and then midsentence, she paused and collapsed and died. She was my cousin’s cousin. I had not liked her but I had mourned her.

My heart was beating fast. I’d read somewhere that maternal mortality was higher in America than anywhere else in the Western world—or was it just higher for Black women? The subject had never really interested me. I’d felt at most a faraway concern, as though it was something that happened to other people. I should have paid more attention. Now I would die in this hospital room with its rolling table and its picture of faded flowers on the wall, and become a tiny nameless dot in the data, and somebody somewhere would read a new report on maternal mortality and mildly wonder if it was Black women who died more often.

My body was turning on me in spasms and wrenches I had never before known, each with a dark promise of its own return. Something had to be wrong; childbirth could not be this gratuitous and cruel.

“Nothing is wrong, Zikora, it’s all normal.”

“I’m tired, I’m so tired,” I said, in my mind the image of Chinyere pregnant and dead on a hospital floor.

“Epidural is almost here. I know it’s difficult, but what you are feeling is perfectly normal.”

“You don’t know how it feels,” I said. Before today, he was the lovely Iranian doctor I’d chosen for the compassion in his eyes. Today, he was a monstrous man pontificating opaquely about things he would never experience. What was “normal”? That Nature traded in unnecessary pain? It wasn’t his intestines being set on fire, after all.

I caught my mother’s glance, that icy expression she had when I was a child and did something in public where she couldn’t slap me right away as she would have liked.

Once, I was about nine, and my father’s second wife, Aunty Nwanneka, had just had a baby, my brother Ugonna (“Your half brother,” my mother always said). To visit the baby, my mother asked me to wear a going-out dress, red and full skirted, as though for church. Aunty Nwanneka offered us plantain and fish, the house smelled of delicious frying, and my mother said no thank you, that we had just eaten, but when I went to pee, I told Aunty Nwanneka I was hungry, and she brought me a plate, smiling, her face plump and fresh. Later, as we walked to the car, my mother slapped me. “Don’t disgrace me like that again,” she said calmly, and for a long time I remembered the sudden vertigo, feeling surprise rather than pain as her palm struck the back of my head.

I was disgracing her now; I was not facing labor with laced-up dignity. She wanted me to meet each rush of pain with a mute grinding of teeth, to endure pain with pride, to embrace pain, even. When I had severe cramps as a teenager, she would say, “Bear it, that is what it means to be a woman,” and it was years before I knew that girls took Buscopan for period pain.