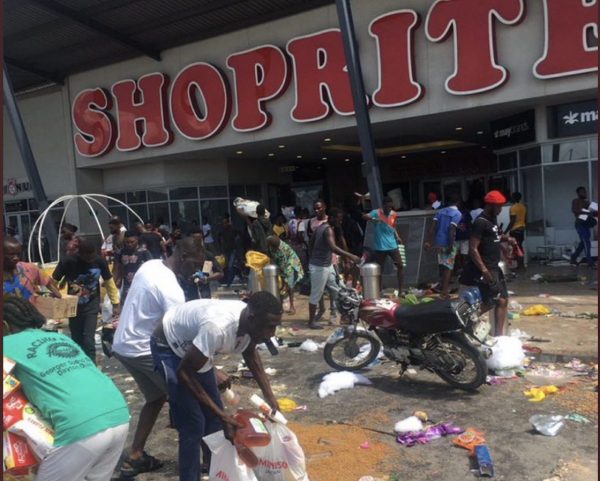 Dr Aminu Usman, an Economist says inflation may worsen if looting continues and states are forced to shut down, especially Lagos, as a result of effects of the activities of hoodlums in the aftermath of the #EndSARS protests.

Usman, who is the Dean, Faculty of Social Sciences, Kaduna State University, said this on Monday in Abuja.

According to him, the limitation of movement in Lagos will affect supply chains for finished and secondary goods, as well as the movement of foods and other items from Lagos into other states in the south.

He said that the economic implication of the protests and its aftermath was better imagined as the economy was just recovering from the COVID-19 pandemic lockdown which caused it to shrink in the second quarter of the year.

“To say the least, we are certain to go into recession the second time within four years having passed through the same in 2016.

“The economy now facing a second round of lockdown followed by a devastating destruction of economic infrastructure means that the fourth-quarter Gross Domestic Product (GDP) will most likely be much worse than earlier expected.

“Lagos is the hub of the nation’s economic activities and a one-day slow-down will cost the nation heavily, talk less of the magnitude of the destructions to public and private investments.’’

Usman added that the destruction of property experienced in Lagos may cause its economy a loss of potential private and Foreign Direct Investment which is much sought after for development and job creation for the youths.

He said that no investor would invest in a state or country where resort to lawlessness had become recurring with the government seemingly incapable of doing anything.

“The humongous amount required to put back destroyed and looted public and private properties as stated by the Lagos State Governor means that the public treasury would be overstretched to bring things back to normal.

“This means also that the proposed 2021 budgets by both the Federal and State Governments are challenged and are likely to suffer implementation problems.

“Provisions made for other key programmes and projects would now have to be diverted to mend the damages done to the public and private assets.’’

The dean said that the problem was not only limited to Lagos as it had affected several other states.

Many people died, while both public and private assets worth billions of Naira were either burnt, destroyed, vandalised or looted by hoodlums in many parts of the country.

Gov. Babajide Sanwo-Olu of Lagos State had on Oct. 22, also said that the state recorded losses from the escalated #EndSARS protests running into billions of Naira.