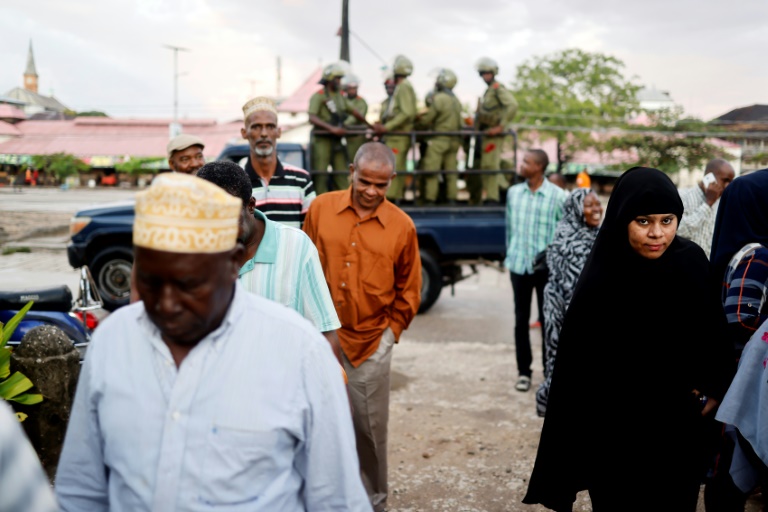 Voting in Tanzania’s presidential election began on Wednesday, with an opposition leader who survived being shot 16 times facing off against an incumbent who claims prayer can prevent COVID-19.

The run-up to the East African country’s polls had been marred with violence.

Rights groups and the opposition have reported intimidation.

On Tuesday, as early voting began in the semi-autonomous region of Zanzibar, the archipelago’s main opposition candidate was arrested and his party claimed police shot five people dead, Police deny this.

President John Magufuli, in power since 2015, is widely expected to win, despite the recent return to the country of opposition challenger Tundu Lissu, in exile since the attempt on his life three years ago.

He survived an assassination attempt when his car was sprayed with more than 30 bullets outside his home in Dodoma.

He suffered 16 bullet wounds and had to be airlifted to Nairobi and later Belgium, where he underwent several operations to save his life. No one has been arrested in connection with the attack.

In October, Lissu’s campaign convoy was tear-gassed in northern Tanzania, after a disagreement with the police on which route it was supposed to take.

Lissu was also suspended from campaigning for one week by the national electoral body, which he called “yet another indication of a discredited and compromised electoral system.’’

Press freedom has been severely curtailed in the lead-up to the vote, with new rules introduced in August requiring foreign journalists to be chaperoned on assignments by a government official.

Most recently he caused derision after saying prayer and herbal steam baths could help prevent infection with coronavirus and later declaring the country free of the virus.

His handling of the pandemic has come under heavy criticism, with critics saying he did too little, too late, to stem the spread of the virus.

The United Nations and the African Union Commission urged Tanzania to ensure polls are peaceful and fair with results are expected in a few days.