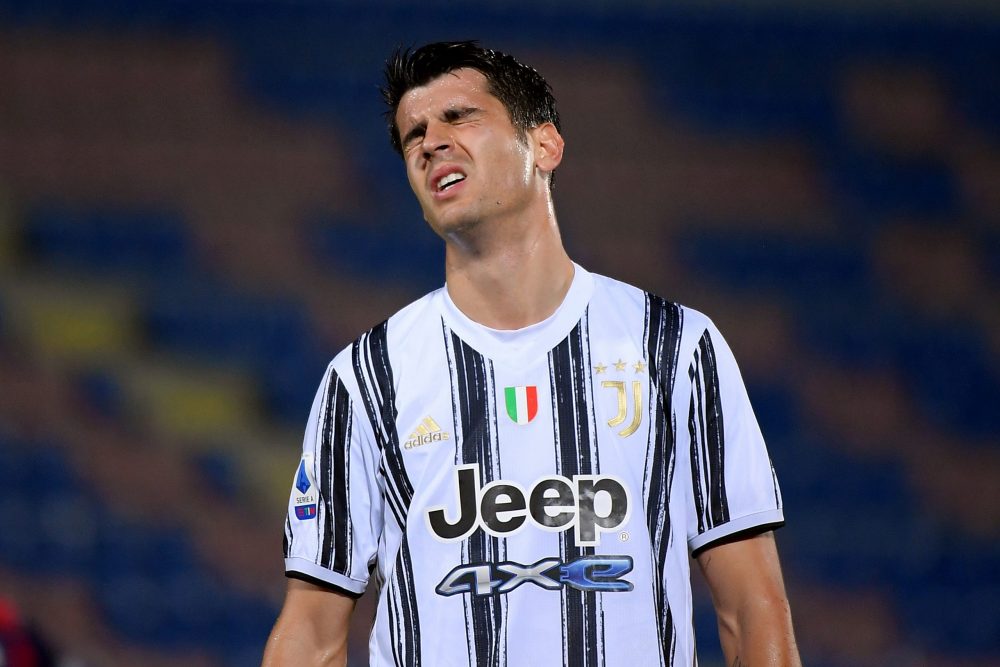 Alvaro Morata cuts the image of a frustrated figure after scoring a hat-trick of offside goals as Juventus were beaten 2-0 by Barcelona.

Juventus had to play without their talisman Cristiano Ronaldo, who remains in isolation after testing positive for coronavirus for the third time.

Barcelona’s Lionel Messi had the show all for himself.

He bagged a goal and assist in the match to help the Spanish side find their feet after their el-Classico loss and tragic resignation of club president, Josep Bartomeu, and the board members.

Ronald Koeman’s men found the net in the 14th minute settling well for the rest of the game as Morata’s misery played out.

The match was going to end 1 -0 until Federico Bernardeschi conceded a penalty for tripping Ansu Fati in the 90th minute.

Messi easily put the match beyond Juventus in additional time.