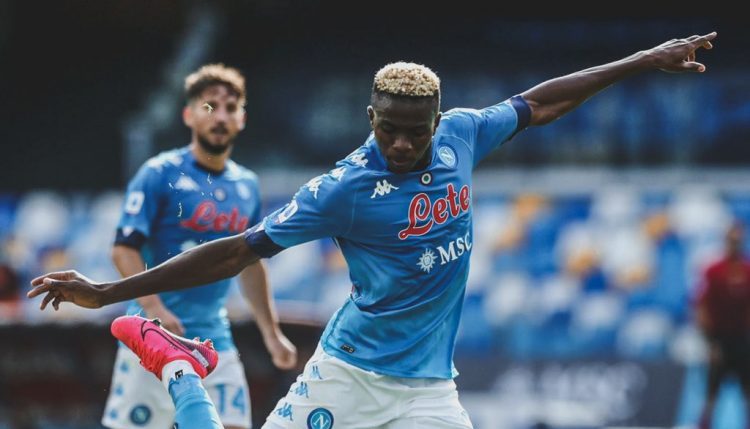 The Partenopei are currently second in the Serie A table on 11 points, two points behind AC Milan, and have won four of their five league games so far this season.

Osimhen became Gennaro Gattuso’s marquee signing in the summer, and the Super Eagles forward is expected to bolster Napoli’s attack in the 2020/21 season.

“It seems to me that Milan have found their own dimension, but I don’t think we can already understand who will fight for the Scudetto”, the former Manchester City manager said.

“Even if I think they will be the same.

“Napoli, with some purchases, seem to be competitive.”

Osimhen registered his first goal for Napoli in a 4-1 win of Atalanta a fortnight ago.