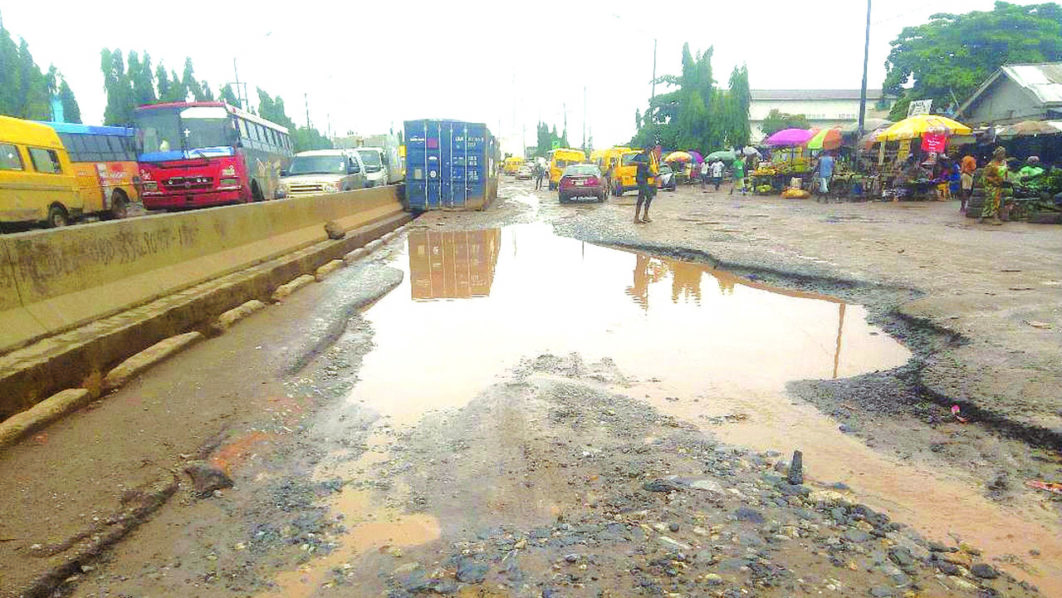 A former Lagos lawmaker, Ipoola Omisore, has appealed to Lagos and Ogun state governments to repair the Lagos-Abeokuta Expressway to end the people’s nightmares.

Omisore, who represented Ifako-Ijaiye Constituency II in Lagos State House of Assembly from 2015 to 2019, made the appeal on Friday in Lagos.

“We are aware it is a federal government project and even when I was in Lagos Assembly, I was on the issue for years, but the government refused to pay the contractors and for that reason, that road has been there.

“That road is a shame to Lagos and Ogun and to the federal government. It is already causing hardship and disturbing the commercial activities of both states.

“So, if the federal government is not ready, we want to appeal to both states to assist and do it and claim their money.

“I think it is needless waiting for the federal government on that road,” the former lawmaker said.

According to him, years back, the state used to do certain roads belonging to the federal government and claim their money later.

“We have been waiting for the government for seven years on that road, nothing has been done,” he noted.

The road, linking Lagos State with Ogun, has been in a deplorable condition.

The skeletal repair ongoing on the corridor between Kola Bus Stop in Lagos and Toll Gate in Ogun was moving at snail speed.