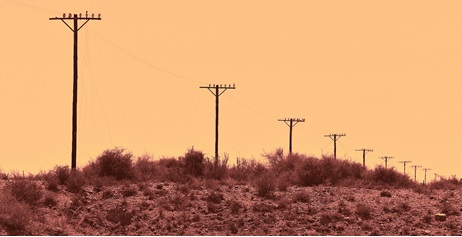 One of the most noticeable metrics of growth in recent years has been the rise in internet accessibility and better connectivity in Sub-Saharan Africa.

Spanning 46 countries, internet reach is inconsistent, with 126.08 million users in Nigeria compared to just 6.13 million in Cameroon. How much of an opportunity is improved internet across Sub-Saharan Africa?

How Good is the Internet in Sub-Saharan Africa?

Although grouped together by the UN, the region covers a vast space, so parity between countries in the region for internet connectivity is low. Yet even in the most internet-savvy areas, such as Lagos, internet reach can be inconsistent.

Statistics estimate that mobile use in the region is actually in some cases more prevalent than having access to electricity is. A 2016 study by The Economist found that while under half the population had electricity, around 40% owned a mobile.

We have already seen that in areas where internet has been invested in that there has been an improvement across a variety of sectors: from agriculture to healthcare, education to banking.

Plus, those with access to better internet can trade with and communicate with markets out of the area, strengthening reach and trade links for businesses and investors. An improvement in internet links will create more consumers and will allow money to be better distributed through schemes and local banks.

Ultimately, a better internet is also a symbol of growth, which may attract those from outside the area.

People looking to start businesses may flock to the area, while internet connection could turn places into viable tourism destinations.

The possibilities for internet are great and represent the growth that could occur across the Sub-Saharan African region.

One of the main arguments in favour of better internet resources is that there is an appetite for people to engage with the internet in the region, across a variety of sectors in entertainment and beyond.

While streaming in Africa remains relatively low, an opportunity for MultiChoice to add Amazon and Netflix streaming options may help shift these figures using improved connectivity.

The TV company is preparing for streaming to begin to take off and to become the “platform of choice” for when that happens. This early investment indicates that Africa could be on the cusp of the streaming boom.

DStv will add Netflix and Amazon Prime Video to its platforms, in a shift of strategy that has seen its parent firm, MultiChoice, ink partnership deals with the giant movie streaming services. https://t.co/81X0KZv1du pic.twitter.com/Zn5DtDIAX1

The sport UFC has gained traction in Sub-Saharan Africa. As the number of African-born fighters in the industry grows, including Nigerian-New Zealander Israel Adesanya, the penetration in the region of those wanting to engage is also on the rise.

The improvement of internet connectivity would allow more people to be able to see matches and engage with online content for the sport.

Mobile banking is prevalent across Sub-Saharan Africa and better internet means that those living in the region have more control over their finances.

It also means that there could be greater foreign investment in the area as the opportunities for digital finance grow. People are already finding it easier to make payments via mobile than they are at a bank in some areas.

Moreover, as we can see from the list of new online casinos, there is also an appetite for other forms of online entertainment, including of the online casino variety.

The range of sites shows the competition is growing, and aspects such as enticing welcome bonuses show that the industry is expecting healthy competition for customers.

Most technology experts and economists would argue in favour of increasing internet connectivity and accessibility. Not only will it ensure that people are more connected, but it opens opportunities for business, education, and leisure.

There is already an appetite in areas where there is strong coverage, such as South Africa and Nigeria, so boosting the connectivity elsewhere could see other countries in the region flourish too.