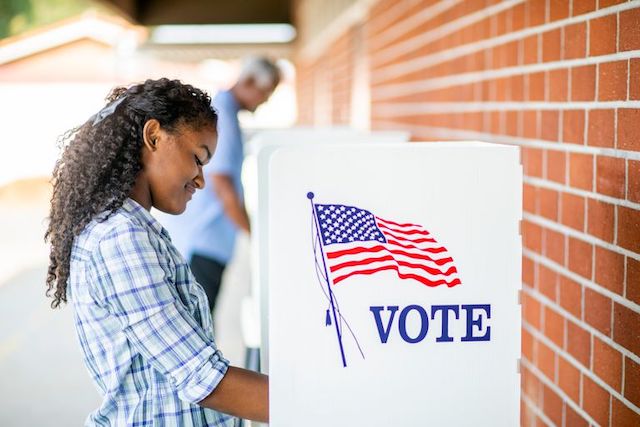 Legal setbacks for Trump and Republican party hours to election

A Nevada judge ruled that ballot-counting measures in the state’s largest county, home to Las Vegas, were legal.

The ruling is a setback to U.S. President Donald Trump and Republican officials in a battleground state ahead of Tuesday’s election.

The suit claimed the counting process in Clark County was plagued by several issues, including observers not being able to get to where they needed to observe the count and ballots being handled in a way observers deemed improper.

Trump’s campaign, the state’s Republican Party and an individual voter filed the lawsuit against Nevada’s secretary of state and the Clark County registrar on Oct. 23. The ruling, issued on Thursday, was released on Monday.

Trump is trailing Democratic nominee Joe Biden in opinion polls in Nevada, one of a dozen battleground states that traditionally decide presidential elections.

Judge James Wilson said the plaintiffs in the Nevada case did not have legal standing to bring the case and had not provided evidence that the county’s processes had led to the counting of fraudulent votes.

Trump has repeatedly warned of fraud, although election experts say that is rare in U.S. elections. Both campaigns have mobilized armies of lawyers in preparation for post-election litigation battles.

Nevada’s Attorney General Aaron Ford praised the decision in a statement, saying: “Today’s ruling makes clear that there is a proper procedure to observe an election that even the president must follow, and it’s most certainly a victory for the constitutional rights of all Nevadans.”

Like in Nevada, a federal judge in Texas on Monday denied an attempt by Republicans to throw out about 127,000 votes already cast in the U.S. presidential election at drive-through voting sites in Houston, a Democratic-leaning area.

The plaintiffs had accused County Clerk Chris Hollins, a Democrat, of acting illegally when he allowed drive-through voting as an alternative during the coronavirus pandemic.

Harris County, home to the city of Houston and about 4.7 million people, is the third most populous county in the United States. It currently has 10 drive-through polling sites, which are available to all voters.

“I find that when you balance the harms you’ve got to weigh in favor of counting the votes,” the judge said.

The Texas Supreme Court on Sunday rejected a nearly identical bid by the same plaintiffs to halt drive-through voting in Harris County.

Hundreds of legal challenges have been brought in the months leading up to Tuesday’s Election Day over how Americans can cast their ballots.

Democrats have generally tried to ease access to mail-in and other alternatives to in-person voting, while Trump has repeatedly made unfounded attacks on mail-in voting, claiming it leads to fraud.