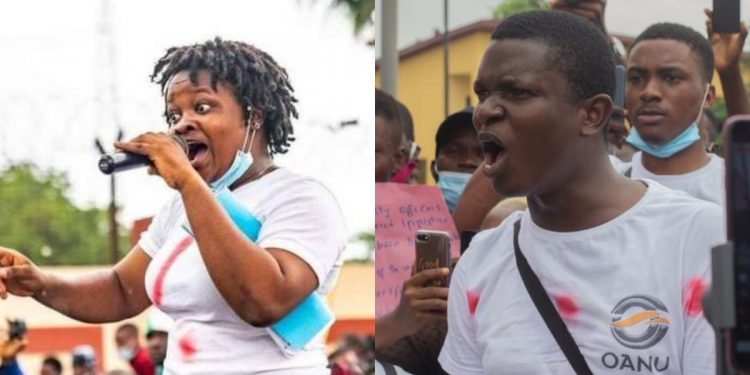 Oluwarinu Oduala and her counterpart, Majekodunmi, the youth representatives at the #EndSARS Judicial Panel in Lagos state, have pulled out of further meetings following CBN’s seizure of bank accounts.

According to reports, a Federal High Court in Abuja, granted the Central Bank of Nigeria the right to freeze the accounts of 15 people connected to the #EndSARS protests.

CBN reportedly got the order to freeze these accounts for 90 days on the same 20 October, when soldiers attacked unarmed protesters at the Lekki Toll Gate.

PM News recalls that there was an outcry by protesters to end police brutality, extortion in Nigeria. The move was, however, met with the immediate dissolution of FSARS and LIVE bullets by the Nigerian army at the Lekki tollgate.

Our correspondent reported that although Rinu was seen at the Court premises, she refused to speak to anyone and the panel was adjourned till November 14, 2020.

Chairman of the judicial panel, retired Justice Doris Okuwobi, suspended the sitting as it could not form a quorum in the absence of the youth member of the panel.