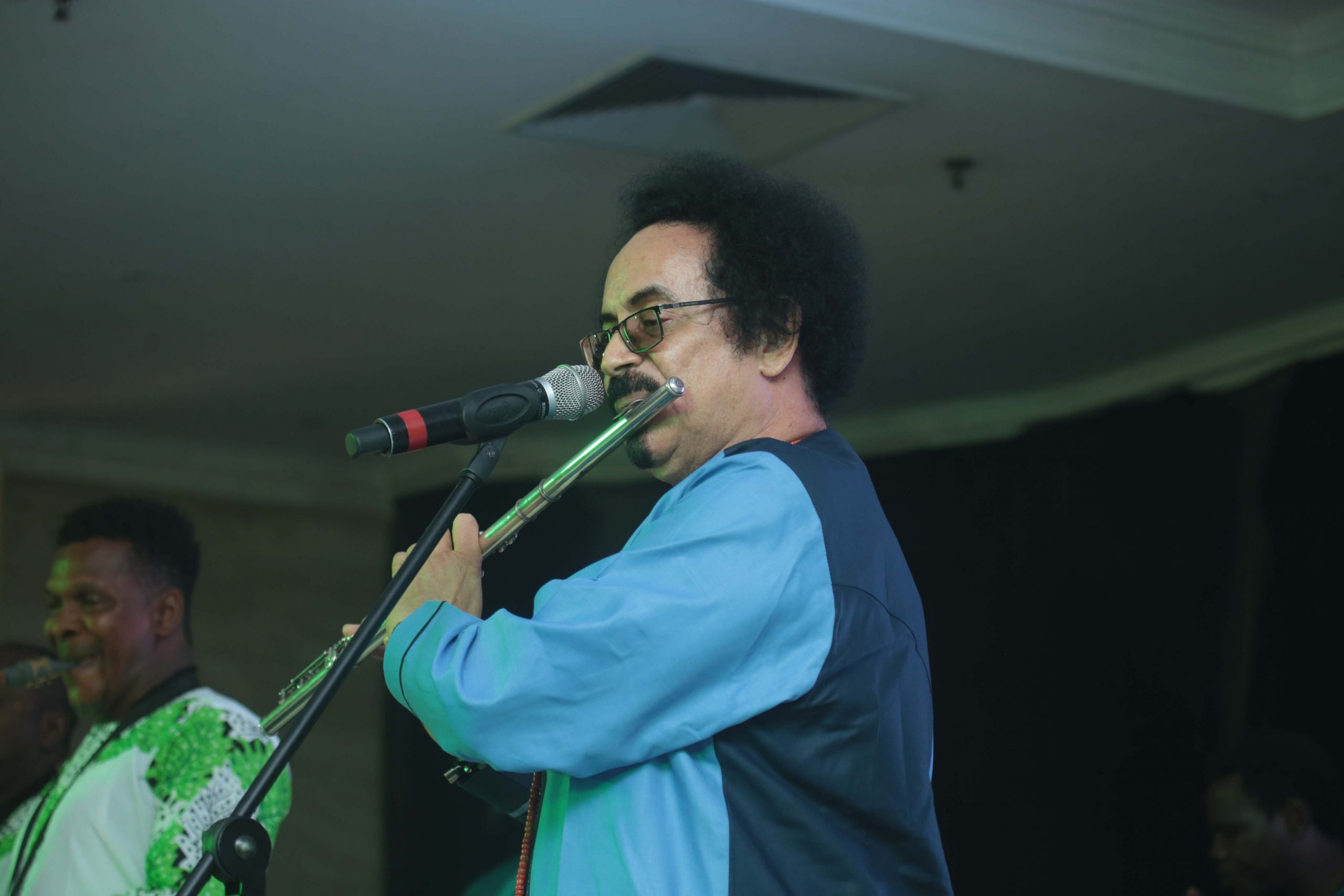 Nigerian flutist, Tee Mac Omatshola Iseli has revealed that his son was harassed by operatives of the now-dissolved Federal Special Anti-Robbery Squad (FSARS) because of his hair and iPhone.

The cross-cultural Itsekiri and Swiss-born flutist disclosed the unpleasant ordeal on Sunday in reaction to the #EndSARS protests that ravaged the country a few weeks ago.

According to him, to end ”SARS” everyone must embark on a moral revolution and create a better society. Treat your neighbour as you treat yourself and loved ones, he preached.

“My son was also harassed because of his hair and he uses an iPhone. Yes, we need to fight, not just SARS but the whole system.

“We need a moral revolution from the bottom to the top. There is some SARS in all of us. From the musicians to politicians, teachers, students, everybody.

“From my experience in Europe, you need to treat people well, respect your neighbours and share when you make money, especially with your band members.

“I came to Nigeria after my degree in Music and Economics in 1970 to see some band leaders treating their members like thrash and I always criticise that.

He recalled that in 2000, he was to perform at a Gala night after which he made his band members sleep at the same five-star hotel where they all passed the night and I saw some band leaders leaving their members to pass the night in the bus.

“I do the same thing when I cook. Now none of us was being paid immediately, in fact, I am still being owed but I made sure my members were comfortable because you are as good as your band.

“If one man in your band is not good, then the sound is not there. So, treat them well and pay them well. In the music industry and outside, treat those working for you well.

“My domestic staff have been working with me for years. This is not really because I pay them well but because I treat them well.

“If you are a bandleader and you don’t pay your musicians well, you don’t treat them well, you let them sleep in the bus on tour while you stay in a five-star hotel.”

He added that if you eat in a first-class restaurant while your band members eat bread and sardine, then you are worse than SARS.

“We have to start respecting our neighbours. It is stated in the bible. `Love thy neighbour as you love thyself’ and that will solve all the problems.” he said.