What Half of America Choosing Trump Again Taught Me 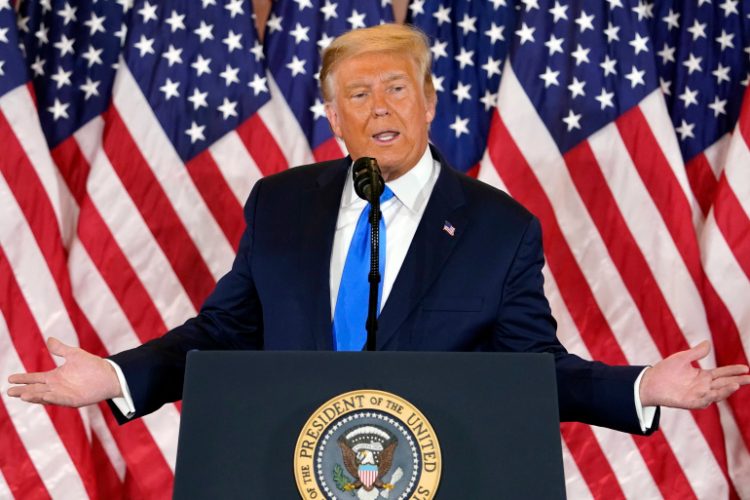 President Donald Trump: chosen by 70 million Americans, fewer than the 75m for Biden

Bonsu Thompson, a writer, producer, Brooklynite and 2019 Sundance Screenwriters Lab fellow reflects on the American election and expresses shock that after four years of Trump’s tyrannical and scandalous leadership, half of America asked for a repeat. Read his essay published in Medium

I needed no more evidence that the United States was its own antonym. Nor that this country is an old oak with rotted roots of racism. What I didn’t possess strong knowledge of was it being possibly more misogynistic than racist. 2016 taught me that.

Americans had to grin and bear a biracial president in the White House for eight years. A whole woman sitting on the throne appeared to take national progression a bit too far. Clearly, the U.S.A. preferred a novice at the helm. Oh, and not just any novice — a crude, inarticulate former reality TV star with Twitter thumbs. Four years later and the United States has received exactly what it deserved: a brutal reminder that nations should be run by studious thought leaders and strategists who have a genuine concern for human beings.

The 2020 election proved that on a macro scale the reminder was a success. On a micro level, though, it failed. The lion’s share of the reminded never wanted Trump in the first place. Those who voted for Trump four years ago — even after an alleged collusion with Russia, lack of transparency with taxes, revolving door of an administration and inexcusable failure during a pandemic — were repeat offenders. This told me that America isn’t any smarter today than it was in 2016. After such an uncomfortably transformative and educational 2020, this nation is still a global leader in falling for the banana in the tailpipe. The proof is in how Trump worked over Florida. Man, that was intoxicating theater. Two parts lower tax promise and lie topped off with Biden slander had those COVID disbelievers stumbling to the booths singing expired Flo Rida hits. The bar was both open and set low low low.

What’s more sobering is accepting that the people of this country don’t have a heart for humanity. Immigrant children were discarded into cages on 45’s watch. Their mothers were caged and violated with the unauthorized removal of reproductive organs before being deported. That is biological genocide. That was this year. To vote once for a president who commits crimes against humanity (please make the UN great again) is redeemable with a second chance. To choose this man as the leader of the “Free World” twice is inhumane.
This election also taught me that Americans do not value character. Your leader should not be a pathological liar. Your leader should be smarter than a terrible liar. I’ve spent the last few years perplexed at transparency not being a requirement for the president of the United States. The 45th version burrowed the details of his conversations with Putin, the truth that he was warned about the coronavirus pre-pandemic, his IRS files — that is until it was revealed that he paid less taxes than Americans with annual salaries under $60,000. And those are just his highlights. What exactly is a devil that doesn’t live within the details?

America isn’t any smarter today than it was in 2016. After such an uncomfortably transformative and educational 2020, this nation is still a global leader in falling for the banana in the tailpipe.

Much of Americans’ toxic allegiance can be linked to a national culture that breeds incredulously rigid mindsets. If your average right winger commits to a belief, whether it’s one of the Ten Commandments or Bill of Rights or that the coronavirus isn’t an aerial disease, and that belief is challenged or debunked, they will not pivot. Some will lash out violently when faced with fresh truth.

America isn’t any smarter today than it was in 2016. After such an uncomfortably transformative and educational 2020, this nation is still a global leader in falling for the banana in the tailpipe.

Never mind that the GPS recalibration reveals the road ahead is the end of a cliff. They will lower head and forge forward detrimentally loyal to their initial direction. The crimson-eyed did just that when they entered voting booths willing to risk it all––economy and health––in the name of never having to admit that they chose wrong.

A prime example is that Americans still don’t place blame on Trump for the more than 230,000 American deaths caused by COVID-19. How do we know this? Simple. The states with the highest number of new COVID cases today voted for Trump. Iowa, Kansas and West Virginia are among the states with the highest current percentage of new cases, as well as areas in which Joe Biden lost. Texas is currently the United States capital of new COVID cases. Over 650,000 Texans allowed Trump to claim victory in the second-largest state. Now I understand the slight caused by old Joe failing to step foot in the historically red state and gun control being no bueno down bottom, but for heh-soos’s sake, there were Latino Texans who reside mere miles away from the Mexican border who chose Cheetos for Prez.

Finally, I learned the hard way that for me, along with so many others dreaming for American racism to die out with the old guard is an exercise in futility. Watching John McCain attempt to spend his final days in the White House had me convinced. But that was wrong. I was wrong. White supremacy is a passed down tradition and education. It is kneaded into human fibre like soft kernels to yellow dough. It will remain an element of this country’s DNA. White nationalism’s poster boy of the decade failing to repeat doesn’t matter as much as one may assume. The ambassador is never bigger than the culture. This ain’t Germany 1933. Americans are the American culture. Within that culture, White privilege is the currency to be protected at all cost. This because that currency is the divider between superior and inferior; between winner and loser. That culture exists to keep my race on the losing end — something else I wasn’t taught this year. So how the fuck did Trump’s Black vote grow in 2020?