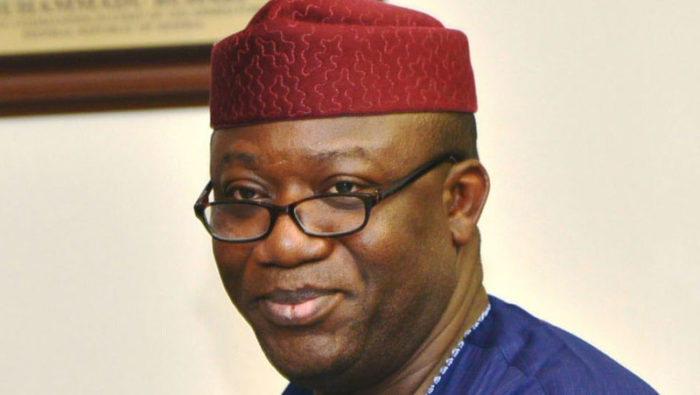 The Centre for Citizens with Disabilities (CCD), a non-governmental organisation (NGO), has commended the Ekiti Government for the passage of the state’s disability law.

Executive Director of the centre, Mr David Anyaele, gave the commendation in a statement issued on Monday in Abuja by Mr Kola Ogunbiyi, the Senior Programme Officer.

“We received with great excitement the passage of the Ekiti State Disability Law which is a total adoption of the Discrimination against Persons with Disabilities (Prohibition) Act 2018.

“The law as prescribed would prohibit discrimination and other harmful practices against Persons with Disabilities (PWDs), Anyaele was quoted as saying in the statement.

The NGO praised Gov. Kayode Fayemi for signing the State Disability Bill into Law and for appointing a person with disability as his Senior Special Adviser (SSA) Disability Matters, in line with the provisions of the law.

“We also commend the Speaker and members of Ekiti State House of Assembly, the Attorney General of Ekiti State and the Special Adviser to the Ekiti State Governor on SDGs, as well as organisations of PWDs for the coordinated efforts to secure the passage of the law,” Anyaele said.

He said that with the passage of the bill Ekiti had joined Lagos, Anambra, Kano, Kwara, Kogi, Plateau, Ondo, Jigawa, and Bauchi in the list of disability-friendly states.

Anyaele said that during the NGO’s project implementation of Access to Healthcare Services for PWDs in Ekiti, a project supported by Disability Rights Fund, (DRF), it engaged relevant stakeholders on the need for a legal framework on disability matters.

“We had engaged with line ministries, departments and agencies (MDAs) and particularly the office for Disability Affairs in Ekiti State on the need to have a legal framework that would enhance access, participation and inclusion of PWDs in development agenda in the state.

“So it gladdens our hearts that the administration under Gov. Fayemi has signed into law the bill on disability.

“This would change the narrative of PWDs in the state and also move disability issues from a charity-based approach to a human rights-based approach.

He said the bill would reduce barriers faced by PWDs and create room for them to operate on equal basis with others,” he said.

He expressed optimism that the appointment of a PWD as SSA on disability matters would help hasten the full implementation of the law, especially with the already established Office for Disability Affairs in the state.

He reiterated that PWDs and other stakeholders of CCD would provide technical support where necessary for the implementation of the law.

He added that part of his NGO support would be in the form of the orientation of citizens in addressing the attitudinal, environmental and structural barriers that could impede the implementation of the law.