Ganduje orders destruction of beer worth N200m in Kano 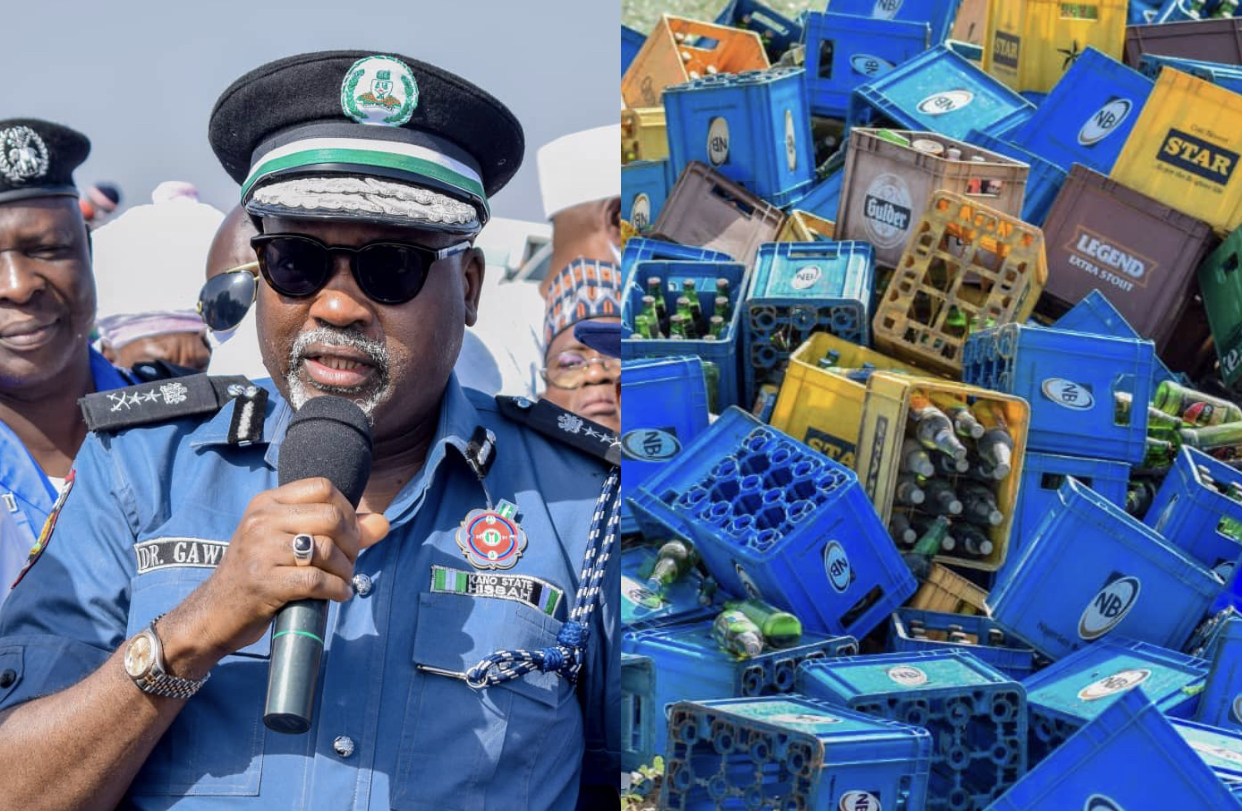 The Kano State Hisbah Board on Sunday destroyed about 1,975 bottles of beer estimated at N200 million.

The board’s commander-general Sheikh Harun Sina explained that the board got a court order to destroy 20 trucks carrying alcoholic goods.

Governor Abdullahi Ganduje had said during the exercise at Kalebawa in Dawakin Tofa Local Government Area that the consumption of alcohol is forbidden in Islam.

“Even in Kano, we have banned the consumption of beer in all parts of the State,” Ganduje, represented by his deputy Nasiru Gawuna said.

According to a statement by the chief press secretary to the deputy governor Hassan Fagge, the Ganduje administration promised to increase the salaries of Hisbah operatives.

“My administration is proud of the way you discharge your duties. I urge all stakeholders to give you all the needed support to enable you succeed,” he said.