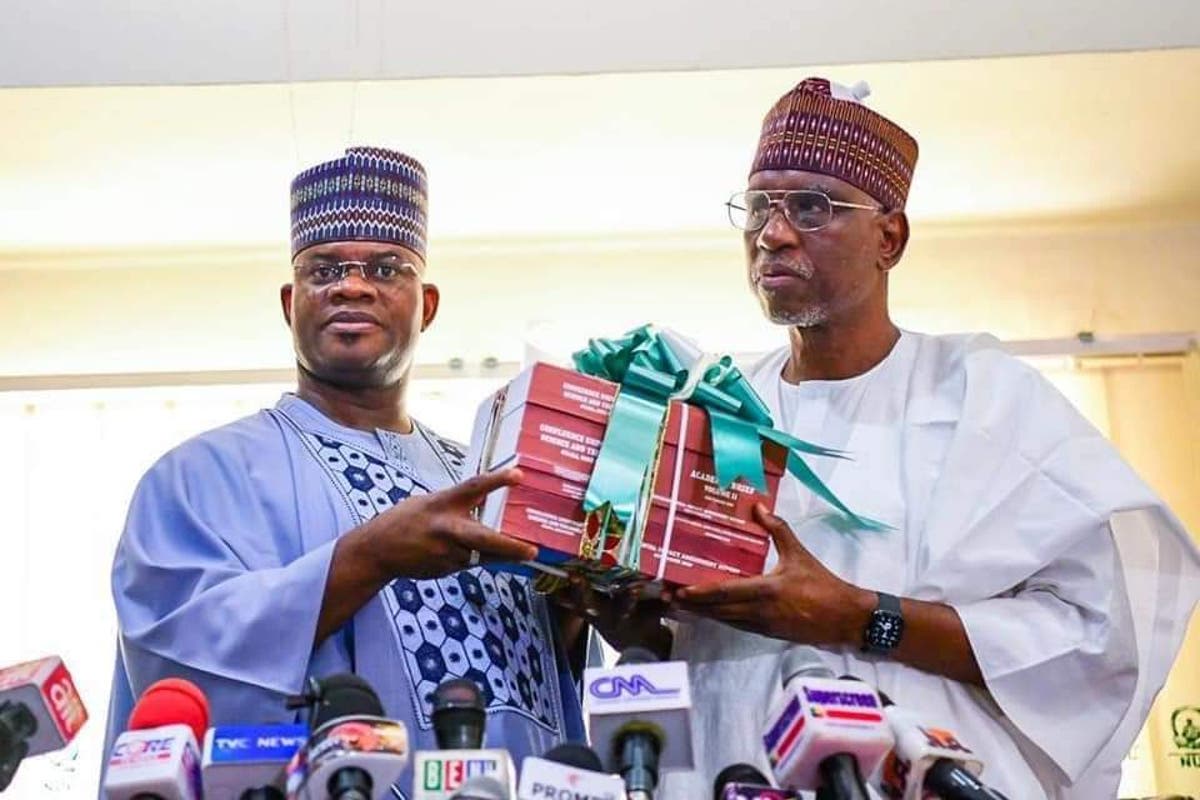 The dream of establishing a second State University came nearer reality for Kogi State on Tuesday, November 10, 2020, when the National Universities Commission (NUC) endorsed the plan and conveyed the approval and recognition for the establishment of Confluence University of Science and Technology (CUSTECH) Osara, Kogi State to Governor Yahaya Bello.

The new institution by the approval is an addition to the list of State-owned Universities in Nigeria. It will exist along with the older Prince Abubakar Audi University, Anyigba.

Speaking while presenting the letter of recognition to Governor Bello, the Executive Secretary of the Commission, Prof. Adamu Abubakar Rasheed noted that the newly recognized State University would have the maximum support of the commission.

He enjoined the state government to take full advantage of both professional and technical advice that the commission statutorily provides for the establishment, funding and operation of the University, adding that all other supporting agencies including Tertiary Education Trust FUND, Joint Admission and Matriculation Board (JAMB) and National Youth Service Corps (NYSC) have been notified.

Prof. Rasheed lauded the effort of the State Government in investing in education, noting that such drive remained the best approach to adding value to the lives of citizens.

Earlier in his address, Governor Yahaya Bello said the future of the country would be driven by Science and Technology, hence the decision of his government to establish an institution of learning that would help utilize the State and nation’s resources for its ultimate benefits.

Governor Bello assured that the Institution would be of international standard in the areas of quality of staffers, students and the learning environment.

He noted that Kogi state and the nation at large are blessed with numerous resources hence the need for the establishment of such institution which would promote local manufacturing and reduce dependence on importation.