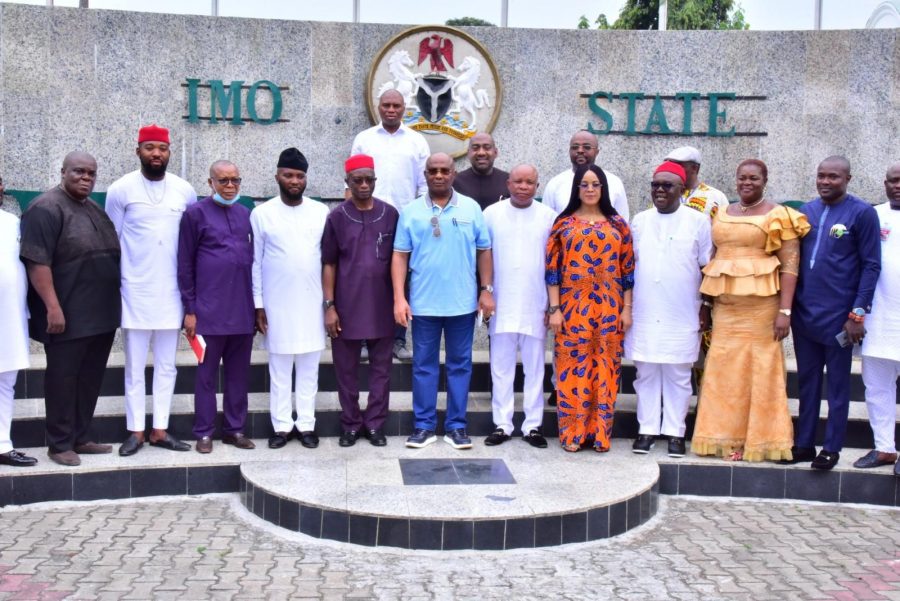 The new speaker of the Imo House of Assembly, Paul Emeziem has been formally introduced to Governor Hope Uzodimma.

Emeziem, representing Onuimo State Constituency was elected as the Speaker of the 27-member Assembly on Friday.

The Governor was told that Emeziem, was enthroned in a rancour-free exercise at a Special Session to replace the former Speaker, Chiji Collins.

Uzodimma told the lawmakers, who came with Emeziem, to see themselves as servants of their colleagues and to bear in mind that all of them were elected on equal ticket.

The Governor described the change as a normal thing in the legislative arm.

He said there is need to continue to encourage the House of Assembly to always look out for the best.

“Every House will continue to search for quality and brilliant leadership that will help gro democracy.’’

He welcomed the new Speaker, his principal officers and colleagues and urged them to “see themselves as brothers and sisters that they have always been.”

The new Speaker, Emeziem expressed gratitude to his colleagues for finding him worthy to lead them at this point in time, saying he was overwhelmed with joy.

His predecessor, Chiji Collins has also congratulated him.

Collins did after the leadership of the Assembly presented Emeziem to Governor Uzodimma on Friday.