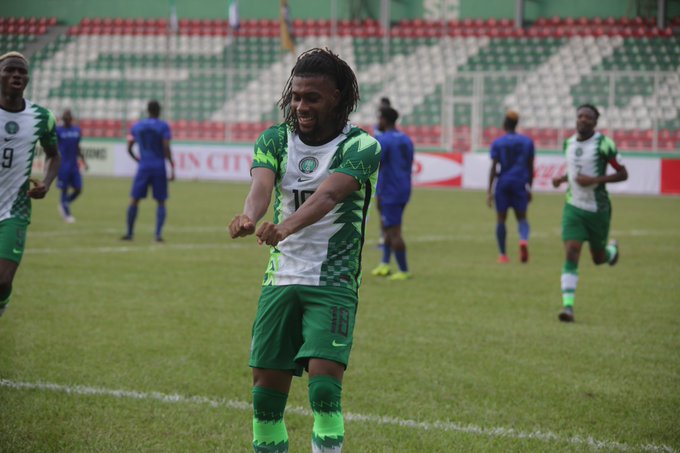 Alex Iwobi is optimistic Nigeria will ‘put things right’ in the second leg clash against Sierra Leone after a disappointing first-leg draw.

The Everton star excelled at the Samuel Ogbemudia Stadium on Friday but the Super Eagles produced a shocking performance; cruising to a 4-0 first-half lead before the Leone Stars fought from behind to share the points in Benin City.

The result left many Super Eagles fans in awe as they took to social media to express disappointment, with Iwobi now seeking redemption in Freetown next Tuesday.

“[I am] deeply disappointed, we’ll work to put things right,” Iwobi posted on his Instagram page.

The three-time African champions maintain their lead in Group L with seven points from three games, following victories over the Republic of Benin and Lesotho in November 2019.

A win against Sierra Leone in Freetown could still be enough to see the Super Eagles secure an early ticket to the 2021 Africa Cup of Nations in Cameroon.